Clipper Reckons You Should 'Ditch The Old Bag' 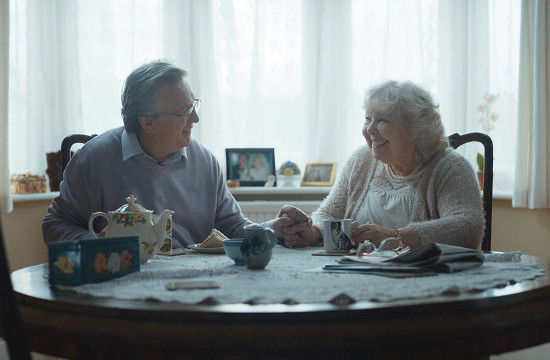 On Monday 17th March Clipper Teas, the UK’s number one Fairtrade tea brand, will launch a humorous new campaign that encourages people to cheat on their regular tea brand and ‘Have an affair with Clipper’. This is BBH’s first campaign for the brand since being appointed as its Creative and Media partner in January.

The lighthearted campaign, created by BBH London, aims to compete against the major players in the black tea market by raising awareness of Clipper’s everyday tea range. It represents an evolution from Clipper’s usual tone of voice, maintaining the traditional element of charm, but with a cheeky new edge.

The 30 second film, ‘Change tastes good’, features several real-life couples smiling sweetly at each other over a cup of tea. The bubble bursts as titles appear on screen that tell us they’re all having affairs. As the final titles appear, it is revealed that the only affair these couples are having is with Clipper - they’re cheating on their regular tea. The film ends with the line ‘Ditch the old bag. Have an affair with Clipper’.

The film was shot by British comedy director James Griffiths through Moxie Pictures. Griffiths is renowned for directing hit comedy series such as Channel 4’s ‘Free Agents’, ‘Episodes’, the 2010 comedy co-production starring Matt Le Blanc, and NBC’s ‘Up all Night’. Griffiths’ highly acclaimed feature film ‘Cuban Fury’, was released earlier this year. He is currently in the US directing a new American TV series.

As part of an exclusive media partnership negotiated by BBH and Allscreens21, the film will air exclusively on Channel 4 during comedy programmes including Gogglebox, Come Dine with Me, 8 out of 10 Cats and Alan Carr: Chatty Man, and on 4OD.

The film will be supported by in-store and online activity, as well as a social campaign that encourages people to literally 'ditch their old bag' and come up with funny, irreverent uses of old tea bags.