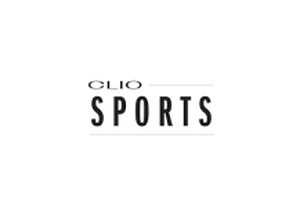 “The CLIO has long been the gold standard for advertising and creative excellence,” said Miller. “To be recognised by the CLIO Organisation for the Stuart Scott Lifetime Achievement Award is an extraordinary honour to me and a tribute to the many people I collaborated with on this 40+ year journey.”

“I wasn't surprised when people around the world had a visceral reaction to our #MoreThanMean PSA – language is incredibly powerful,” said Spain. “I was surprised, however, to watch the final product and feel equally as moved by it as they did. After years of absorbing the threats and insults of online trolls, I'd grown numb enough to no longer really hear the words. It's a testament to the power of our PSA that watching it brought the words back to life, reminding me that these attacks aren't something anyone should have to get used to.”

The 2016 Grand CLIO Sports winners are:

· Out of Home: Africa (Brazil), Invisible Players for ESPNW

“This was a great year for storytelling and creativity,” said Nicole Purcell, president, CLIO. “Our Grand winners showcase the power of advertising, from important conversation starters to immersive experiences that are connecting fans with the brands they love in new and innovative ways. Perhaps no one does this better than our Lifetime honoree this year, John Miller of NBC Olympics. We were thrilled to have so many influential creatives and marketers celebrate with us this year.”

The full list of previously announced Gold, Silver, Bronze and Shortlist winners can be found at cliosports.com.