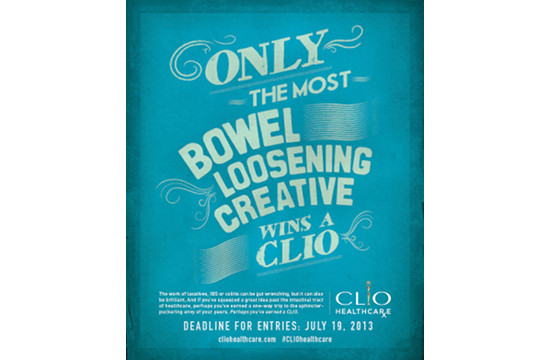 Saatchi & Saatchi Wellness has created a campaign for the 2013 CLIO Healthcare Awards.

Healthcare advertising is more highly regulated than other forms of advertising, so if you can create something meaningful within a world of limitations, then you can create anything. That is the belief that the CLIO Healthcare Awards were founded on in 2009. The CLIO Healthcare Awards are executed using the same rigorous standards and commitment to excellence as the CLIO Awards, but levels the playing field to judge the work for what it strives to do and the limitations it faces. The awards honor creative excellence and breakthrough innovation in film, print, digital and PR within the healthcare industry and are judged by a jury of renowned creatives and advertising leaders.

As other prestigious awards shows begin to recognize the importance of creativity in healthcare and wellness, as Cannes is with the launch of LionsHealth next year,  it's increasingly evident that healthcare marketing is a powerful force in creativity and the creatives working in this space are just as deserving, if not more so, of recognition for their talent, inventiveness and ability to push boundaries in creativity.

The extended deadline for the awards is Friday 16 August 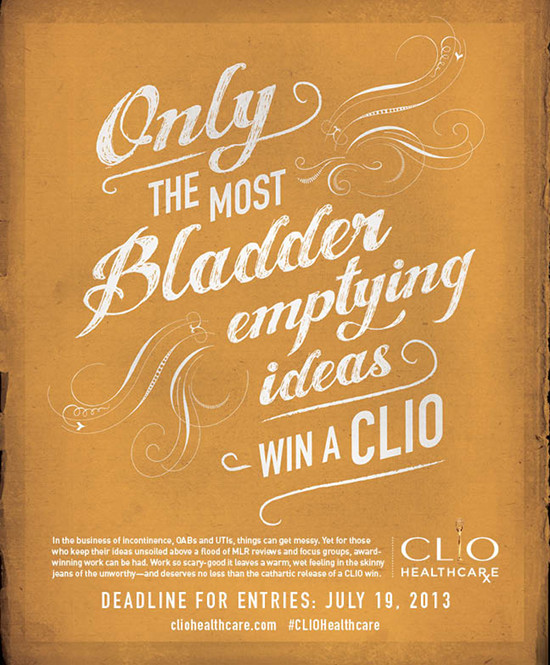 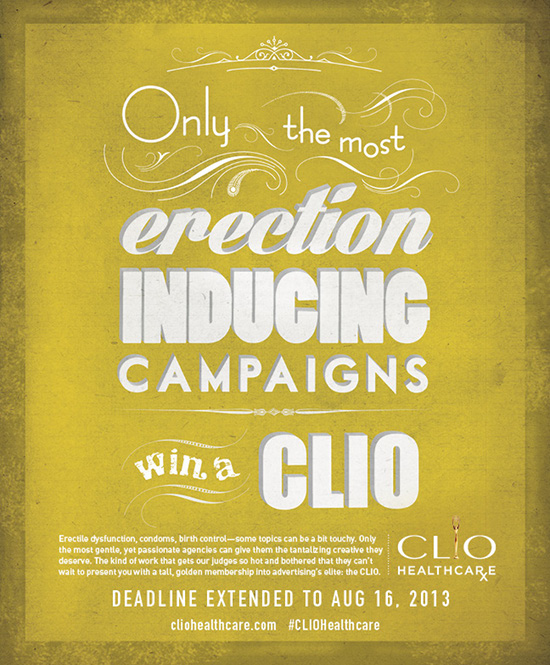