BBDO named Network of the Year at the awards show 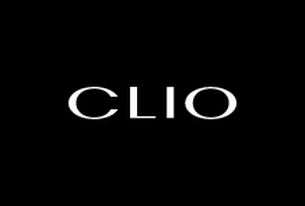 Leading creatives, marketers, agency heads and high-level executives across advertising, media, music, beauty and fashion were on hand to celebrate the year’s most innovative work. The 2016 Grand Clio Award Winners across media, music, fashion and beauty are:

“Of the Year” honors were presented to those that collected the most statue points across all mediums for 2016. The honorees are:

Advertiser of the Year: Microsoft

Network of the Year: BBDO

“Clio continually strives to source and celebrate the best in creativity,” said Clio President Nicole Purcell. “This season saw the launch of our new content platform, clios.com, with our Global Launch Partner Getty Images, the inclusion of another key brand under our umbrella, Ads of the World, and truly inspiring award winners. Our programs also evolved this year, with Fashion & Beauty joining Music during the main show. We were so proud to celebrate the long careers of Linda and Mario last night; and are excited for what the next year will bring for the Clio brand.”

The Clio Music portion of the evening was sponsored for the second year by Citi® Private Pass®, and introduced by Jennifer Breithaupt, managing director, Media, Advertising and Global Entertainment at Citi. Clio Music included performances by Andra Day and Montell Jordan, both of which appeared on the 2016 Billboard and Clio Music Charts powered by Shazam. Day performed a medley including “Someday at Christmas,” featured in the Apple spot of the same name, as well as “Rise Up” and “I Want It All”, and Jordan performed “This is How We Do It” from Persil’s #1 Rated.