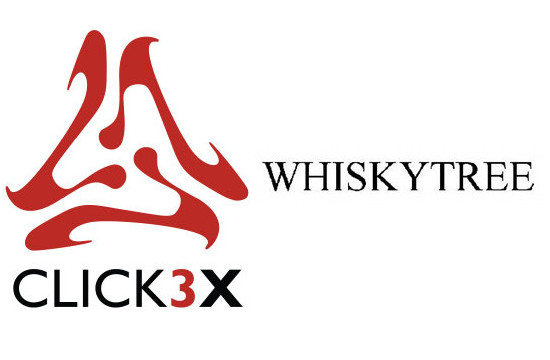 This strategic partnership of two companies with distinct, yet complimentary, strengths will bring feature-film quality VFX to the commercial world, setting both companies apart from their competitors. San Francisco-based Whiskytree has operated almost exclusively in feature film VFX, and Click 3X has a legacy in high-end commercials, so with the newly-combined capabilities, Click 3X will be able to expand its creative pool even further. The partnership will allow both companies to operate as one, or separately, based on client needs.

Apart from added capabilities, Click 3X will now have a bicoastal advantage, bringing top talent from the entertainment world into its hands.

This expansion is a testament to Click 3X's explosive growth 2013, as the company recently launched its beauty and fashion division, Raison D’Être, has had a plethora of key new hires, and is also celebrating its 20th anniversary in the business.

For background, Whiskytree is owned and operated by Jonathan Harb, a renowned producer and supervisor who has contributed to more than 45 feature films and dozens of commercials for TV and the web, including The Hunger Games, Captain America: The First Avenger, Thor and Pirates of the Caribbean: The Curse of the Black Pearl. Whiskytree most recently created many of the effects for Elysium, which included the digital space station for the blockbuster film that's currently in theaters.

Click 3X and Whiskytree's first work will launch in Q4 this year.