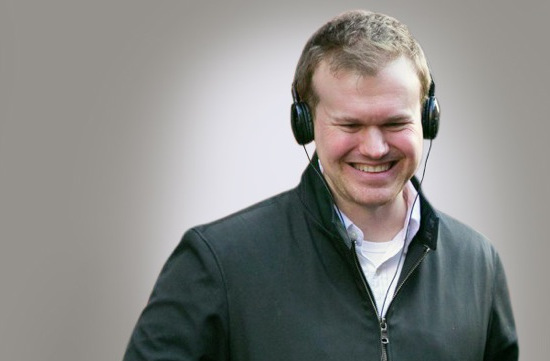 Click 3X today announced the addition of ‘Inside Amy Schumer’ Co-Creator and Executive Producer, Daniel Powell, as Director to its acclaimed Live Action roster. With a background in comedy, Dan brings a distinct perspective to Click 3X and will work across the Live Action division’s various clients. Click 3X Live Action delivers branded content in-house, from conception to full-service production to distribution.

“Dan has unparalleled comedic sensibilities and a way of eliciting remarkable performances from actors,” said Megan Kelly, Executive Producer and Managing Director of Click 3X Live Action. “His past experience indicates that he will be a valuable creative partner to Click 3X, from directing to content creation.”

Aside from his duties at Click 3X and 'Inside Amy Schumer' on Comedy Central, recently renewed for a second season, he also produced the show ‘Ugly Americans’, which ran on Comedy Central from 2010-2012, and the MTV series 'Hey Girl' which he co-developed and directed the pilot episode; he served as executive in charge for Comedy Central on the hit first season of ‘Important Things with Demetri Martin’, as well as the Emmy and Peabody award-winning ‘Colbert Report’. Prior to being a network executive, he was an associate producer on ‘The Daily Show with Jon Stewart’ and a contributing writer to Robert Smigel’s 'TV Funhouse' segments on 'Saturday Night Live.'

"I'm beyond thrilled to join the roster at Click 3X,” said Dan Powell. “They are an extraordinary team that is doing smart, innovative work. I am humbled by the invitation to come on board, and hope I can deliver some spots that are funnier than the quote you are reading."

Dan is currently shooting a spot for Accenture for TBWA\Chiat\Day in New York and for Wellpoint with Rokkan.