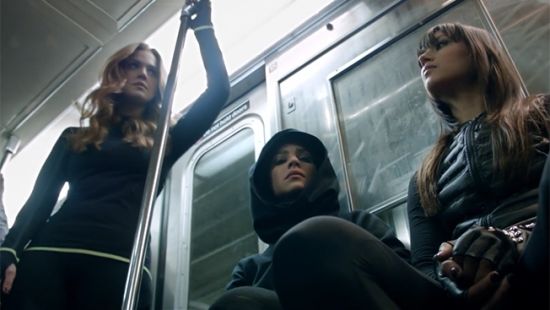 With fifteen years of directing under her belt, KEZIA has a passion for creating unique and cinematic worlds, which has attracted clients internationally. Originally from Devonport, New Zealand, she has a keen eye for detail and loves conceptual riffing, creating delicious visuals with a dash of choreography and developing emotive stories with authentic characters. KEZIA has been a Cannes Lions finalist, and won awards at the Asia Pacific Advertising Festival, D&AD and The One Show.

“KEZIA tells beautiful, visual stories and brings worlds to life with her carefully crafted art direction,” said Megan Kelly, Executive Producer/Managing Director, Click 3X. “She brings an unexpected quirkiness to her projects providing a subtle sense of fantasy and whimsy within the worlds she creates.”

“When I was introduced to Click 3X, I was impressed with their enthusiasm and experience,” said KEZIA. “I’m looking forward to creating highly collaborative projects with the live action team; it’s an exciting time to be part of this lively company.”

Further enhancing Click 3X’s creative chops is the addition of Wyatt Neumann, whose photography and directorial work compliment Click 3X’s collaborative way of working. Neumann is a creative director, commercial director and photographer, who has worked with some of the world’s top brands and has also founded his own company, Ellipsis Pictures. He brings innovative thinking to every project and has the ability merge his traditional advertising knowledge with new media executions to create first-of-its-kind campaigns. He’s won awards at the AICP, ADDYs, ADC and CLIO shows.

“Wyatt’s stories highlight female characters that exude strength and confidence, yet are approachably beautiful,” said Kelly. “He is a great storyteller and collaborator, and imprints his passion onto every project he’s given.”

Neumann’s first project with Click 3X, in partnership with DigitasLBi, is a film for the re-launch of John Frieda Frizz-Ease, that utilized Click 3X’s integrated production process from directing to post-production. The focus of the film is on the overall brand attitude vs. the product itself, showcasing women who are self assured, confident and go after what they want. This piece introduces the concept of real women looking their best and never having to "pull back" from life, thanks to Frizz Ease. The entire project showcased Click 3X’s holistic way of working, as both Neumann and the post-production team were involved from the beginning, leading to his and the agency's vision being brought to the screen as a united team. Click 3X’s visual effects partner, Whiskytree, handled the CG animation for the spot.

"Being hands on throughout a product’s production is very important to me,” said Neumann. “Click 3X takes a very hands on a approach and, with their strong production chops mixed with industry-leading post, their model is very attractive to me."