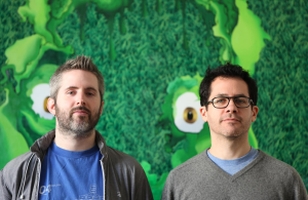 Click 3X announced today the addition of director duo, Cary Murnion and Jonathan Milott to its multi-faceted roster of directors, bringing their off-beat and unconventional style to Click 3X.

The duo previously directed commercials under the moniker “Honest,” but will now be know as “Cary & Jon.” Together they have written, produced and directed films such as “Satellite Car Chase,” “Falling Man,” “The Shortest Race,” and “Boob.” Their directorial feature film debut, “Cooties” premiered at the 2014 Sundance Film Festival and was acquired by Lionsgate Films for domestic distribution and Universal Studios for international release this summer. “Cooties,” which stars Elijah Wood, Rainn Wilson and Jack McBrayer, showcases their distinct visual style, ability to deftly combine genres, and talent to work with an ensemble cast. Variety touted that Cary & Jon commanded their first feature, “with a fully developed visual style.”

Cary & Jon first met in New York at Parsons The New School For Design and have been working together for over ten years. Their collaboration began with animations, but quickly evolved into other creative endeavors, including art installations, music videos, commercials and short films, and eventually the pair turned their focus to writing, producing and directing.

“Click 3X is one of the few companies that can legitimately say they provide brands and agencies with soup-to-nuts production,” said Cary & Jon. “We’re looking forward to helping them push forward in finding new ways to create smart, funny and surprising content. They also promised that we'd get free foot massages on set. How could we say no to that?”