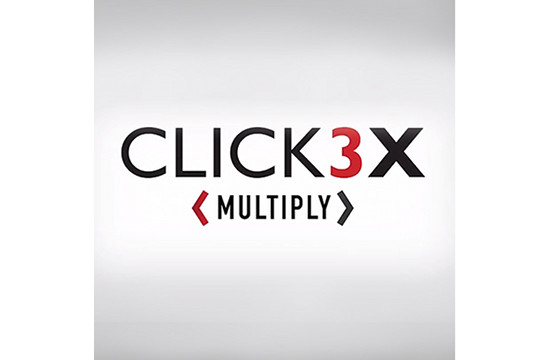 Today, digital storytelling demands more than Facebook and Instagram posts, and as a good storyteller, a brand needs compelling content that builds a relationship with their audience. Recognising this, Click 3X has launched Multiply, a division of the studio that focuses on branded content.

Multiply combines Click 3X’s ever-growing roster of content creators with strategic planning and distribution to not just achieve a high count of views, but views that count.

Click 3X has added the following influencers to Multiply, among others:

- WTF: What the Funny, a new digital media company created by Marlon Wayans and Funny or Die co-founder Randy Adams geared toward a multicultural audience; One of WTF’s influencers includes Todrick Hall, a director and entertainer whose fame arose when he auditioned for American Idol Season 9. Since then, he’s has been performing on Broadway and YouTube and was featured in Forbes’ Top 30 under 30 in Hollywood this year.

- The Kloons: A comedy group turned creative experiment whose YouTube channel has over 110,000 subscribers and garners 11 million video views.