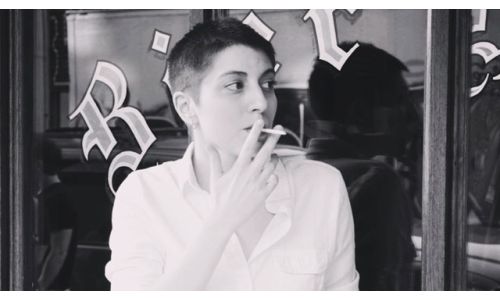 Borie has a long history with Click 3X, originally interning at the company in 2009 after graduating from Parsons The New School for Design, and has since freelanced extensively for Click 3X. She is an accomplished animator who has previously led animation on the independent film “Riot on the Dance Floor” and “Everyday Sunshine,” a documentary about the rock band, Fishbone. Borie also worked on the award winning short film of Max Porter and RuKuwahata entitled “Something Left, Something Taken” and was lead animator on “Sleepwalk”.

“It’s rare that you come across someone with the dedication and passion that Noella brings to her craft,” said Peter Corbett, President and Partner of Click 3X. “Noella has an amazing ability to transition from one traditional animation style to another – from hand-drawn to stop motion to full-on claymation. She is also an accomplished illustrator which makes her truly a unique talent.”

“The environment at Click 3X is magnetic,” said Borie. “The family bond you find here is rare and it allows for seamless collaboration and as a result, seamless work. I’m thrilled to officially be apart of it.”

Over the past five years and since she was just out of college, Borie has written, directed and produced her first short film “Faceless Neil in The Face Shop,” a story about a faceless boy existing somewhere between the living and the dead. The story was developed in a series of shorts through a mix of 2-D and 3-D, all painstakingly handcrafted frame-by-frame.

The final film, for which funds were raised on Kickstarter, was showed at many renowned festivals such as the Big Apple Film Festival in New York, the International Film Festival in Vancouver and The Short Corner of the famous Festival de Cannes, and was also labeled as most marketable project at Film Com. In 2013, she started to produce, direct and animate another short film for the Faceless Neil project, animated entirely in traditional stop motion, with the goal of turning the project into a feature length film.