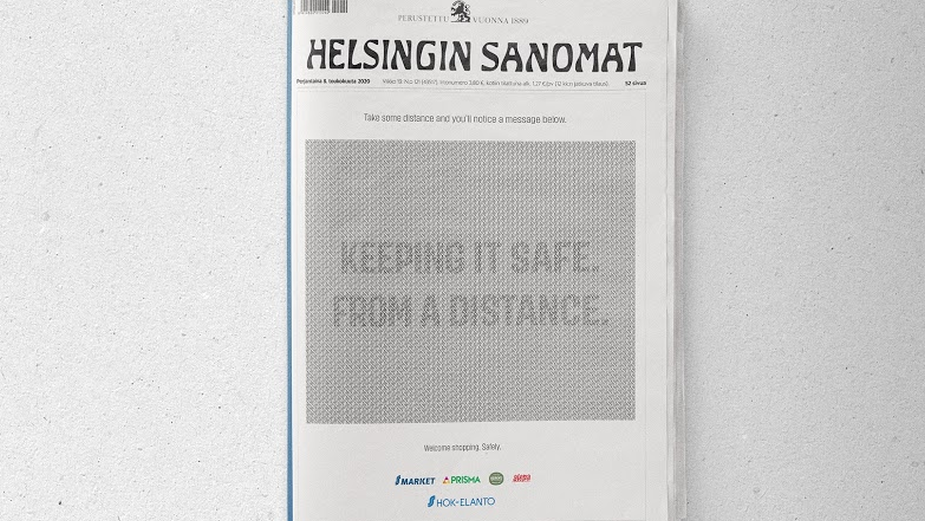 Keeping distance is rooted in Finnish DNA. Even before the Covid-19 crisis, we’ve seen images of Finns waiting at bus stops six feet apart. When governments around the world are planning to gradually lift restrictions it is important to remind even the Finns that keeping the distance is still crucial. HOK-Elanto, one of Finland’s biggest retailers, has actively communicated about safety during grocery shopping and now they continue their work with an insightful print ad that demonstrates the preferred distance. The print ran in the nation’s biggest newspaper Helsingin Sanomat on 8th of May.

This week the Finnish government announced that some of the restrictions will be gradually lifted during the next month but keeping the safe distance is still crucial. Alleviating restrictions does not mean that life will be back to normal and it is still important for people to protect themselves by keeping the six feet distance. 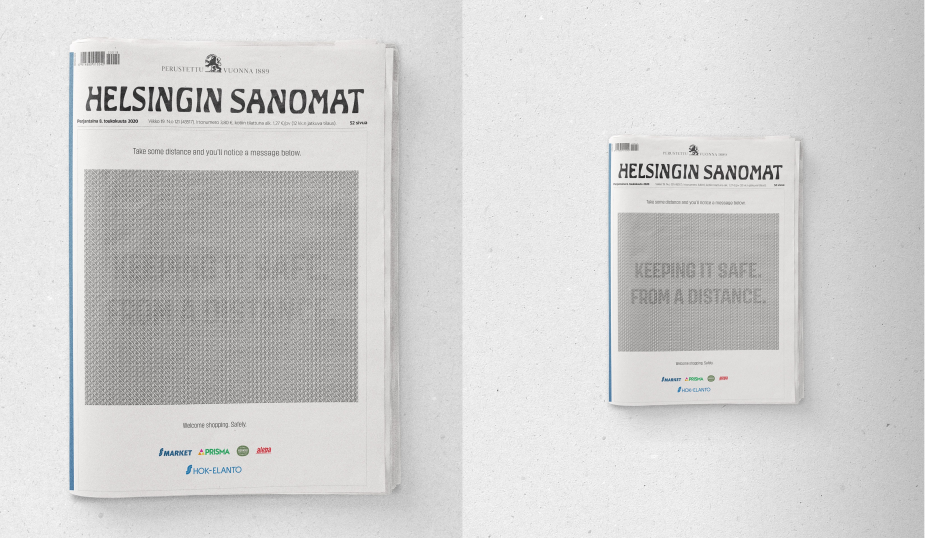 “Unusual times bring their own challenges to what and how brands should communicate. As a responsible company we saw this as an opportunity to communicate about a subject that is close to our business in an insightful way. This great idea came from our advertising agency TBWA\Helsinki,” says communications and marketing director Tuomas Ahola from HOK-Elanto.

“The Idea for the print very quickly revolved around keeping the six feet distance since it is very important in the environment where our customer operates on a daily level. Instead of just telling or teaching people how to act we wanted to let them experience it. We believe that by doing this we will leave a stronger imprint and more people will remember our important message,” continues Joni Furstenborg, creative director from TBWA\ Helsinki.

Demonstrating the appropriate distance with an optical illusion

On the 8th of May, HOK-Elanto published a print in the biggest Finnish newspaper, Helsingin Sanomat, reminding people to keep their distance during grocery shopping. Instead of just reminding people, the print demonstrates what the appropriate six feet distance means in practice. When the reader looks at the print from a reading distance it appears to be blurry and to be able to read it you have to back up six feet.

“We did not want to do a traditional print that only tells people what they need to do. Instead we wanted to offer an actual experience where people have the possibility to experiment with the distance themselves. We believe that seeing the distance in action makes it easier for people to remember it during their next trip to their local grocery store. The impression of blurriness was created by using an optical illusion relying on visual patterns and we think it serves the purpose well,” says Juhana Hokkanen, innovation director from TBWA\ Helsinki.