Most recently, she has directed the music video ​Confessions​ for Vineyard Cries and has two short films that are currently in development 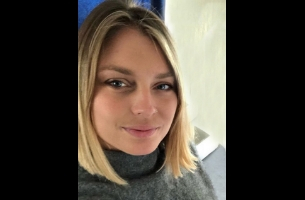 London based Cleo Samoles-Little has her worked etched in British tone and proves an ability in bringing out authentic performance from her relatively unknown talent. Her latest short, Knock Down Ginger, premiered at the 60th BFI London Film Festival, nominated for 'Best Female Director' at the London Short Film Festival, longlisted for BAFTA and has screened at festivals around the world.

Most recently, she has directed the music video ​Confessions​ for Vineyard Cries and has two short films that are currently in development.

Celo said, “I’m so excited to join the team at UNIT9. Feels like one big family unit and I’m very proud to become a part of it/”

Commenting on the latest signings, Managing Director of UNIT9 Films Adam Dolman said,“We are delighted to welcome Cleo to UNIT9 Films. She’s such an exciting new talent. Having seen her wonderful short film Knock Down Ginger, it was clear Cleo has an amazing eye for casting and is truly skilled in drawing out real and honest performances from young and often inexperienced talent.”