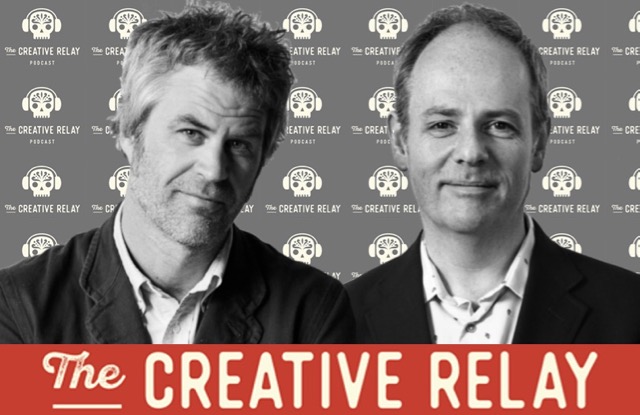 Despite his list of international awards - including Global Agency of the Year at Cannes in 2017 for Clemenger BBDO Melbourne - McGrath has been happy to let his work take centre stage throughout his 30+ year career in advertising.

Not surprisingly, his humble approach to success and the role of charisma in the industry was a key topic of his conversation with Rogers.
LISTEN TO THE PODCAST
Says McGrath: "I've always preferred to keep busy by doing the work rather than talking about the work or the process. I'm aware that I've not spoken a great deal about how I approach creativity or the methodology behind it, so it was an interesting challenge to express that through the discussion with Steve."

In fact, when Rogers first asked McGrath to be his guest on the popular podcast series, he fully expected a polite refusal.

Says Rogers: "I was genuinely surprised James agreed - because a lot of people have waited a long time to hear his thoughts on the industry and where it's heading."

McGrath adds his name to a long list of venerable creative minds who have previously sat in the Smith and Western podcast studio, including M&C Saatchi's Cam Blackley, DDB's Tara Ford and Ant Keogh from The Monkeys. His inclusion into The Creative Relay roll-call has been described as a coup for the audience.

Says Paul Dunne, podcast host: "To get access to someone of the calibre of James and have him go outside his comfort zone and talk so openly was phenomenal."

Dan Higson, podcast creator and producer at Smith and Western, is already looking forward to where McGrath takes the series with his choice of interview subject for the next episode.

Says Higson: "The thing I've learnt about James is that he thinks a little differently - so I'm expecting a bit of a twist."
view more - Creative