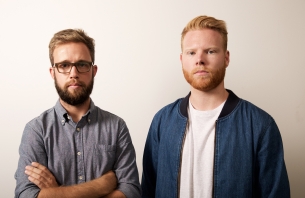 Clemenger BBDO Melbourne creative team James O’Sullivan and Adam Barnes have been named as the International YoungGuns of the Year. The agency also took out three of only nine Gold Bullets awarded – the most awarded to any agency globally.

As well as taking out the top title, the pair won two of the Gold Bullets for their Origin ‘Solar Stealers’ and ‘Rate My Roof’ campaigns, and were highly praised by the judging panel for giving people a fresh perspective on solar energy.

James and Adam joined Clemenger BBDO Melbourne from DDB New Zealand in 2014. The Origin brief was the first one to land on their desks after they moved to Australia.

The pair are overwhelmed by their win, saying, “It’s a massive honour and a surprise to be named YoungGuns of the Year. YoungGuns is one of the toughest award shows around so it’s a mind-blowing result, although we can’t take all of the credit when so many people collaborated on these ideas to make them happen.”

The agency’s third Gold Bullet was won by Hugh Gurney and Alex Metson for their Lazy Yak digital campaign.