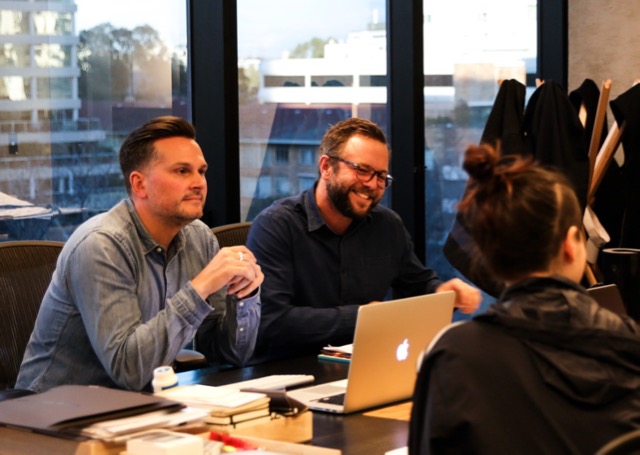 Having led by example during their time at Clemenger BBDO Melbourne, the pair's leadership of a number of the agency's most important clients and the nurturing of the internationally acclaimed creative department, the decision was an easy one.

Says McGrath: "It's one extraordinary thing to be a world class creative, and quite another to be a brilliant leader. In Evan and Steve, we miraculously have both. I feel so fortunate to have them and our creative leaders at large, working on, leading and then making the most of the opportunities our client's greatest problems present."

Roberts and de Wolf's time at Clemenger BBDO Melbourne has been somewhat of a homecoming, with both having worked at the agency early on in their careers prior to making their returns.

Roberts began his career with the agency in 2002, prior to spending several years abroad. Before re-joining Clemenger BBDO Melbourne, he enjoyed a six-year stint at Y&R Melbourne which saw him rise to the role of creative director off the back of internationally awarded work.

de Wolf's rise through the ranks began in Perth prior to his first stint at Clemenger BBDO Melbourne 15 years ago. During that time, de Wolf worked in some of Australia and New Zealand's largest agencies including J. Walter Thompson Sydney, Saatchi & Saatchi New Zealand as well as three and a half years in London as partner and creative director at 18 Feet & Rising.

Over the last three years, Roberts and de Wolf have created some of Clemenger's highest profile campaigns for MARS, the Transport Accident Commission, Airbnb and Australia's largest department store, Myer.

Says de Wolf: "Working at Clemenger is like nowhere else. This place is brimming with both talent and opportunities."

Says Roberts: "To be part of the team leading the charge is exciting, terrifying and a bunch of other feelings that we can't articulate right now."

Clemenger BBDO Melbourne CEO, Nick Garrett, was incredibly proud of both Roberts and de Wolf, adding: "The impact of both the lads is unquestionable. Looking beyond the work, the cultural significance they have in the agency is huge and they are great leaders. They have creativity and passion in equal measure, but they are wonderful people and we are very proud to have been able to promote from within."