Ten job roles are on offer through the program, with the full-time positions running from January to December, 2018 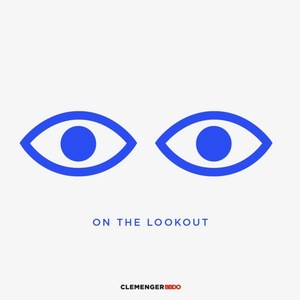 It doesn't matter whether you've been to university or not, what you've studied, or what path you've chosen, all that's required of applicants are a creative mind, curiosity about what makes the world tick, an interesting story and a life well lived.

'Exceptions to the Rule' calls on all Australians who are ready to think, to do and to make, and importantly, who are wanting to realise their passion for creativity and willing to bring their own special energy to life in the agency.

This year's program builds on from the success of last year, with a number of full time staff being hired from a pool of 150 applicants, including a plumber, stage hand, contemporary dancer and personal trainer, among others.

Clemenger BBDO Melbourne CEO, Nick Garrett, said that the results of last year's pilot program confirmed a belief he'd had in finding the next generation of creative talent.

Says Garrett: "Like a few industry folk, I had a gut feel for a few years that some of the best advertising minds weren't coming into the industry because of the barriers to entry presented by traditional pathways. After the success of our pilot program last year, it absolutely confirmed that belief.

"The Exceptions we recruited last year have made amazing strides since joining the business and have added immensely to the diversity of thinking and work throughout the building, and continue to add to the culture of the agency. I couldn't be happier with the result and look forward to finding this year's recruits."

The recruitment process is in two stages - the first is providing answers to two questions, the first being a video response showcasing what makes the applicant interesting or different, the second being a written response highlighting a recent piece of work from a brand that impressed the applicant, along with their thoughts around what could have been done better.

Following those responses, successful applicants will be invited to participate in the final stage where they'll be assessed in person while completing an agency style group task.