The new hires will strengthen the agency’s senior leadership team. 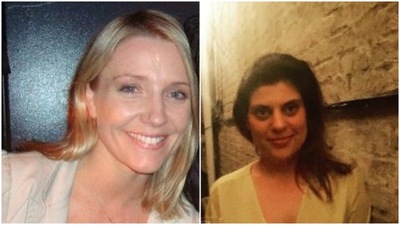 Constantine will be heading up the Mars account, including chocolate and pet food brands. Macdonald will lead the Mercedes Benz and SEEK accounts.

Constantine returns to Australia from four years in New York, where she was global business director on Google at Steve Stoute and Jay-Z's agency, Translation. She was responsible for launching Google Play Music globally, taking on Apple iTunes. Prior to Translation, Constantine was at Anomaly New York, leading the Budweiser global account.

Previously in Australia, Constantine headed up the Lion Nathan account at Publicis Mojo in Sydney. She has spearheaded projects that have won several major advertising awards, including Cannes Lions, D&AD and AWARD.

Macdonald has been working in the industry for over 12 years, both locally at Ogilvy Australia and in European independent agencies.  Her experience spans multiple categories and she has worked on a number of major brands and businesses including Kelloggs, Nivea, BMW, MINI, Ritz-Carlton Hotels, Absolut, Carlton FC, Melbourne Convention & Exhibition Centre and Officemax.  Macdonald's work has won accolades at Cannes, The Spikes and One Show.

Says Garrett: "Deanne and Carol will be great additions to the team. Deanne's overseas experience with creatively focused big brands will be a real asset on Mars. Carol's broad integrated experience will be extremely valuable for the agency as well. Both have fitted in to the Clemenger culture, add a previously missing depth to the department and we feel lucky to have them."
view more - Hires, Wins & Business