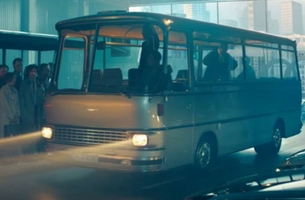 “‘Stevie Wonder likes our track!’ is what we were shouting in excitement when we got word back that he’d personally approved our cover version of his classic song ‘Signed, Sealed, Delivered (I’m Yours)’. It was the sweet culmination of over a month of hard work for us.”
These are the words of Sizzer Amsterdam’s Nikolai van der Burg, who recently oversaw the music on this beauty of an Audi commercial. It was created by thjnk Berlin and directed by Sebastian Strasser through Anorak.
Nikolai adds: “After agency thjnk reached out to us to help them find the perfect track for their new Audi campaign, our head of synch Ilana Goldstoff came up with the idea of using this track that has a message perfectly suited for this film. The problem was, the film needed a more intimate soundtrack than the swinging original is.”
So the Sizzer team reached out to Tessa Rose Jackson. “She’s a very talented artist who is a pleasure to work with, and we supervised her recreation of the song into a more softly spoken sound-world that fits the film like a glove,” says Nikolai.
“With these kinds of projects it really is about working together with your partners and from inception to delivery we’ve had the support of the agency and Sony/ATV Germany so we’d like to thank them here as it wouldn’t have been possible without them.”