Clap Your Hands for Sound Design

Celebrating the sonic side of post production, LBB goes on a global search for audible answers on what it means to have a successful relationship to sound design and the people that master it 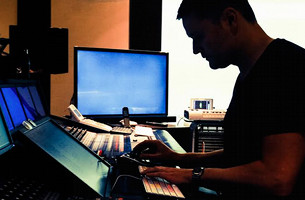 Responsible for providing any required sounds to accompany screen action; most sound designers are experienced sound editors who often carry out a managerial role. They may supervise the work of the entire sound post production process as well as having a specialised role in creating the sound concept for the production. Needless to say, it’s a diverse job that requires a wide-ranging set of skills.

Larissa Meikle speaks to some of the industry’s finest sound designers, including Abigail Sie (SongZu), Owen Griffiths (Jungle), Simon Lister (Nylon Studios), Kathleen Burrows (Noise International) and the team over at Grand Central, to get a sense of their experiences behind the show reel.

What it takes to make it as a sound designer today

Over at Jungle, Owen Griffiths thinks it’s got a lot to do with your ability to think in musical and textural forms. “It helps to be able to build up a sonic picture,” he explained.

“A really good sound designer hears how they’d like the soundtrack to be in their head, but also has the ability to translate something really random into something that makes sense within a specific context.”

He says it’s also important to have imagination, judgement and strong communications and organisational skills to go far in this industry.

An ability to define the role sound can play in a project and to craft elements that best serve that role is pretty vital, according to Noise International sound designer Kathleen Burrows. She says the skill to find ways of “stimulating the audience’s senses” and to affect the feel of visuals – either by supporting their expectations or by challenging it.

Other than a constant drive to produce great work and to be a strong listener, SongZu’s Abigail Sie believes one of the most important skills is to be fast at reading a room full of opinions, as well as fast with your tools.

“You need to be passionate about sound and be actively absorbing new ideas from film, television and music. You need to be detailed and thorough, yet bold enough to be experimental. It's also important to be a good communicator and it goes without saying, not be afraid to stay late to get it right,” Sie said.

This is where passion comes in, as Nylon Studios’ founding partner and sound designer Simon Lister can confirm: “Apart from knowing what sounds goods, to be successful at sound you need years of dedicated experience; then it’s like riding a bike. To see this through, you have to have a passion for the job and for your craft.”

He says it’s also important to know your tools really well, so that they don’t get in the way of creating, and to get the opportunity to experience good projects. “When I started out, I worked at Marmalade in New Zealand and one of our agency clients was number one in the world so we got to be involved in some really good work. Of course if you stick at it, the good stuff will come along so there is always a bit of luck involved.”

Challenges of working alongside an editor, production mixer, sound supervisor and/or director

Trying to interpret the ideas they (creatives) have into an actual soundscape, says Steve Lane of Grand Central. “Some people have a very specific idea, so sometimes patience is required to get there. Also, good personal skills are useful, as a relaxed and friendly session generally means a more productive session.”

Griffiths at Jungle believes trying to get beyond the temp dub is an important challenge. “The team are (quite understandably) so used to hearing how they have arranged the sound that it can make bringing in a new perspective hard,” he said.

He also states that some of the best work can be produced with a deliberately rough editor’s sound lay, because the director and the team are completely aware that the audio isn’t a keeper.

Often the challenge is defining the best focal point for sound to take on, says Burrows (Noise International).

“Directors and other 'non-sound' people sometimes think 'more is more' when it comes to sound,” she said. “But with a finite limit on the sonic space available within a soundscape, everything you hear should serve a distinct purpose or it shouldn't be there.”

She notes another common mistake with sound design briefs is to aim to sonically represent everything you see in the visuals, whether it helps the narrative or not.

The normal challenges facing sound post are always time and budget, says Sie at SongZu. Managing expectations of what can be achieved and hoping the producers and directors of projects understand workflow is also vital to the sound designer.

“A change in edit or VFX, for example, have repercussions for sound. And, as sound is at the end of the production timeline, it's really important to have good communication so nothing is too badly compromised,” she said.

Like any job, Lister at Nylon Studios says it does come down to the personality types of the people you work with and also the end goal that they have in mind. He cites that “demo love” (i.e. when a client falls in love with an agency’s sound demo) can sometimes put pressure on the sound house trying to achieve similar results, often without a corresponding budget to play with.

Key steps to a smooth workflow with the entire post team

Communication and planning is key to maintaining a smooth workflow says Griffiths. “It’s a question of balancing enough time to experiment with delivering to brief and to deadline. Having to rush makes it hard to produce great work (in any field), so starting discussions early and getting something to work with as soon as possible really helps.”

Ben Leeves of Grand Central says that in an intricate soundtrack, the earlier the sound designer is involved, the better. For instance, if the production involves complex, off-stage sound, then it's always best to create this before the shoot. Also, if there are key musical parts, again it's always best to go through and edit before shooting.

“A sound designer will always see the mix as a whole piece and will be able to help the production team to capture every part of the production soundtrack that is needed in the final mix,” Leeves added.

Burrows agrees, stating that where possible, it's really helpful for sound designers to be briefed in the pre-production phase and even be given the opportunity to capture specific location sounds on set at the shoot.

“Often this becomes an invaluable baseline for what is to be created later, whether the soundscape is to be heavily stylised or otherwise,” she added.

Imminent changes on the horizon that will affect sound design

Grand Central’s Miles Kempton says mixing will certainly change with the advent of Dolby Atmos – being able to pan and use multiple channels to mix in a 3D environment will be fantastic. And, further down the line, with the increasing development of virtual reality formats, he says sound designers may find themselves using different plugins for mixing and different recording methods for sound design.

Griffiths points to the challenges of working with the loudness metering model, which is working its way across the world, and how it will need to be accounted for in the way that audio design is composed.

“In many ways it produces more freedom, but managing the overall energy of the audio elements will definitely contribute to how punchy it ends up. So you really do need to understand the physics,” he said.

“Some broadcasters are also missing the fact that a loudness spec dictates a maximum loudness ceiling, not a mandatory loudness level, so softer and more ambient soundtracks can fall foul of automatic QC in certain territories.”

Burrows believes technology will always play an important part in defining what skills sound designers need to hone, along with new tools for creating interactive 3D sound – technologies such as HTML5 audio and other emerging APIs, she says, are exciting new frontiers for sound designers.

Sie agrees tech will play its part, adding that there are always better tools coming out – like spectral repair for damaged audio, or spatial tools and more detailed sound libraries. She says the industry seems to be getting faster: “Tighter deadlines and bigger concepts on smaller budgets, where sound can really help convey quality. These new tools can help a sound designer achieve things more quickly.”

But what might be more interesting to her is the whole idea of experiential advertising.

“There are virtual reality headsets, masses of consumers using headphones to take in media on portable devices, and computer games, all of whose intent is to completely immerse the consumer. Those types of experiences call for a more visceral type of sound design, a ‘first person’ style. So we may see a trend towards 3D tracklay and sound design in the future.”