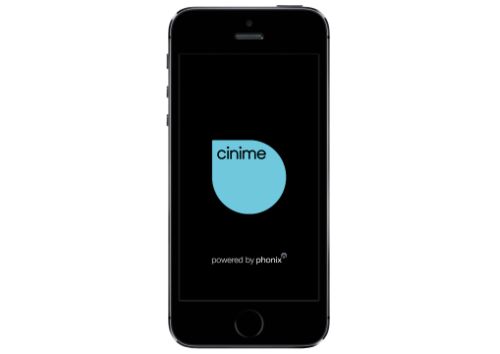 Cinime, the mobile app for cinemagoers, has today announced its partnership with China Times, the exclusive advertising partner of Wanda Cinema Line, the largest theatre chain in China.

The interactive mobile app allows advertisers to connect directly with cinema audiences by making their immersive big screen advertising interactive and engaging the consumer in pre-show during their cinema experience.

According to the MPAA China is the largest cinema market in the world with a box office value of $3.6 billion in 2013, representing a year-on-year growth of over 27 per cent1. Additionally, according to IDC2 a record 40 per cent of all smartphones shipped worldwide in the first quarter of 2014 were delivered to Chinese consumers, making it the largest smartphone market globally. The new partnership will see cinime enabling advertisers to maximise the value of this growing market by providing exclusive interactive advertising across the Wanda Cinema Line network and other screens within the China Times network.

The partnership is part of cinime’s global expansion following the successful development and subsequent national rollout in partnership with Digital Cinema Media (DCM) in the UK.

Cinime has been developed by Yummi Media Group using the company’s Phonix technology with audio watermarking from Intrasonics, which connects mobile phones to the big screen without the need for a WiFi or internet connection. The app harnesses image recognition and bespoke audio watermarking technologies to deliver brand and film-related content on smartphones.

AJ Simpson, Chief Executive Officer, Yummi Media Group said, “China boasts one of the largest cinema industries in the world and our new partnership with China Times will enable us to bring cinime to this huge audience and take advantage of a market that is becoming increasingly influential. We feel that cinime offers advertisers a real opportunity to capitalise on this growth and we’re looking forward to working with China Times to introduce the mobile app to such a dynamic market.”

“This interactive advertising is a revolutionary new experience in the Chinese theatre market. Not only will it enhance the audience’s participation in what is an intimate space, but also enable advertisers to deliver enriched content to consumers,” said Henry Zhu, General Manager of China Times. “cinime will enable China Times to emulate what the UK and US cinema industries have successfully done, which to become the most influential screen advertising company in China.”