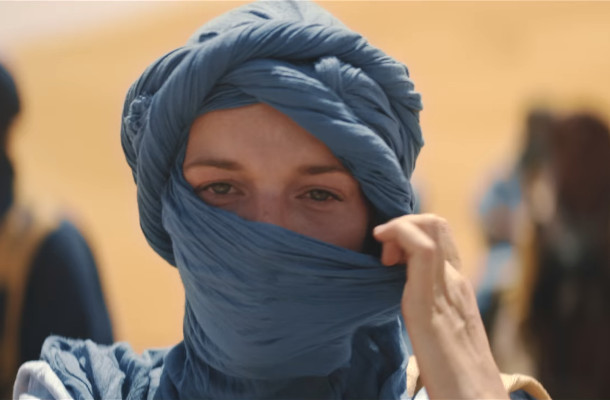 Turkish Airlines, the airline that flies to more destinations than any other, totalling 300 locations, has launched its new global campaign ‘Five Senses.’ Created by TBWA\Istanbul, the campaign tells a story of all the countless discoveries to be made around world explained using the miracles of our five senses. In this journey, the world-famous cardiac surgeon and TV personality Dr. Oz accompanies Turkish Airlines.

Turkish Airlines shows that their role is more than just transporting passengers to various destinations. They also support passengers in discovering themselves and the world at the same time. To discover the unknown, Turkish Airlines encourages their guests to explore their five senses to their fullest. At the end of this new journey, Turkish Airlines aims to inspire the whole world to seek new discoveries.

The Five Senses campaign film will be broadcast in 27 countries, including the United States, South Africa, France and Turkey. Shooting was completed in a month- with a pre-production period of one and a half months -in places such as Turkey, the Far East, Northern Europe and the Sahara Desert.

Every location in the film interests and encourages people to travel; the Spice Bazaar with hundreds of years of history, the Northern Lights with their inspiring views, the streets of Hong Kong full of life and unique flavors, the unending expanse of the Sahara Desert and more. Actors from 11 different countries took part in the film. A model of Boeing’s 777-300, the exact size of its original, was used during the scenes with Dr. Oz. Additionally, shooting took place under extreme weather conditions, with temperatures up to 50C in the Sahara Desert and below 0oC while shooting the Northern Lights.

The world famous and award winning director Martin Aamund took the reins for the film, and was supported by Mathieu Plainfosse as director of photography. The production of the film was handled by Torpido Film and Plus by Bocek Production in unison. The film editing was done by Bill Mead in England, and color correction by Metropolitana in Barcelona. The music was composed by Jesper Gadeberg in Sizzer, Netherlands. Sound design was arranged by Thomas Martin of Goldfish Sound. The online, 3D and compositing works of the film were crafted by Imaj TV in Istanbul.