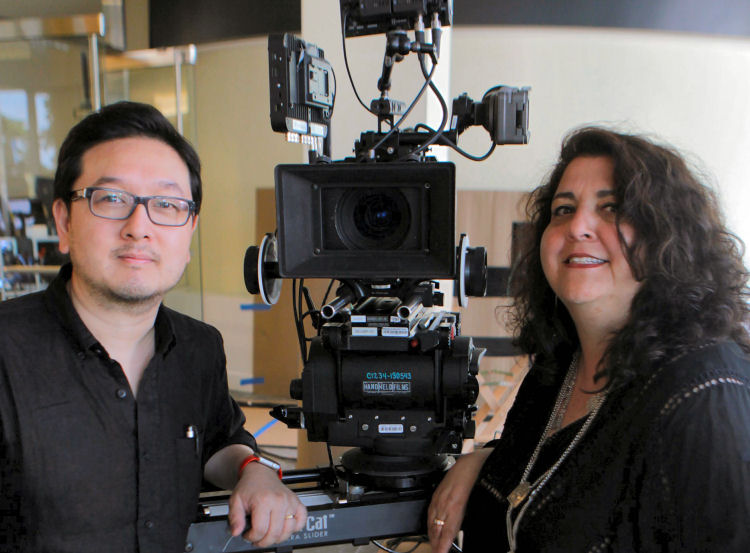 The production partnership of CinemaStreet Pictures and director Ed Han has signed for national representation with the independent sales agent Rich Schafler and his company, Schafler Artists.

CinemaStreet is the New York-based production company founded by former agency producer and independent film producer and director Dana Offenbach. It works in commercials, features, promos, documentaries, short films and numerous forms of brand content. Schafler will be representing CinemaStreet, which is a certified woman-owned company, and its relationship with Ed Han, the former agency creative director and independent brand strategist who has branched into directing

CinemaStreet has steadily raised its profile in the agency marketplace based on its work with Han, particularly their series of global TV spots for iRobot, the leading provider of robotic technology-based solutions for the home. With Han directing and serving as creative director, they’ve produced new work for iRobot’s Roomba 980 and its Braava model. A new two-spot campaign for the brand will break in early 2018.

The company also produced a stylish thirty-second spot for Lincoln Motor Company and agency UWG titled “Arrive In Style.” Directed by Han and targeted to a female audience, the spot highlights the brand’s MKZ sedan in an aspirational setting.

A veteran rep whose roster includes a wide range of production companies, Schafler has known Han and Offenbach since their agency days, and has developed a collegial relationship with both. “Ed’s built a strong body of work as a director and it’s clear that he truly understands short-form storytelling,” Schafler says. “And his agency background enables him to work in a style that’s efficient and concise, which clients value.”

Schafler notes that Han’s background at the boutique agency Walton Isaacson, where he oversaw the creative output of its offices in New York, Chicago and Los Angeles, has positioned him well to handle the wide range of deliverables that agencies and clients are looking for these days.

“When you couple that with his strategic capabilities, you have a director who knows how to navigate the territory on every side of the equation,” he notes. “Ed understands how to gauge the temperature in the room when work is being discussed, and becomes both a strategic ally for the client and a creative. He and Dana get it, and they’re good people. I consider them both friends.”

Prior to his association with Walton Isaacson, Han spent a decade at Publicis in Chicago and New York, rising to the position of Sr. VP/Creative Director. Offenbach was an agency EP who first teamed with Han at Walton Isaacson before launching CinemaStreet. Before that she was a broadcast business manager at Y&R and Head of Business Affairs at UniWorld.