The noughties’ tough economic climate has forged fearless problem solvers of Italian producers and things could be looking up, writes LBB’s Laura Swinton 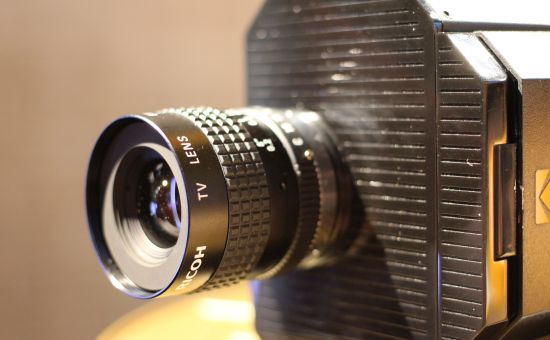 It’s no secret that Italy was one of the hardest hit by the global financial crisis of the late noughties, but one positive is that it’s left the local production community with nerves of steel when it comes to handling a crisis. The word that keeps cropping up when you talk about Italian producers is ‘problem solvers’, and the past ten years have sharpened those instincts even further.

Notably, the Italian production company model does not revolve around an exclusive roster of directors as it does in markets like the US or UK. Instead production companies pitch for projects based on their approach to the challenges in the script and their research department puts forward options for directors (or the agency has some ideas for the director themselves). Directors are brought on board on a freelance basis, though there can be partnerships with foreign production companies or particularly strong (though not exclusive) relationships with particular directors.

While Italian producers have plenty of opportunity to showcase their quick thinking, initiative, ability to thrive in a crisis and make the most of the budget, local directors have not been quite so fortunate.

By and large, agencies prefer working with foreign directors, which means that Italian directors don’t get as much opportunity to hone their craft. And when it comes to the sexy, super-creative projects that make show reels sing, Italian directors are most likely to miss out, which means they often don’t have the kind of work that shows what they are really capable of.

“My opinion is that there are amazing directors but they don’t have the chance to prove themselves,” says Luca Oddo, chairman of Casta Diva Group. “When it comes to the show reel, the commercials they have are not really exciting. And so when they are judged by other agencies in Germany, UK, France, wherever, of course it also looks like it’s at a lower level than other directors who get the chance to direct nice stuff in their own home country.”

Ada Bonvini, EP at The Family, agrees and points out that the situation in commercials is very different to that in feature films, where a new generation is positively thriving.

“I think that, actually , there is very good talent in Italy,” she says. “It’s true that compared to other countries they have less opportunity. It’s more difficult for them to express themselves. I think there is a wide new generation of feature film directors that are now growing in Italy, and also in terms of commercial directing, but the truth is that they are more appreciated when they manage to go abroad to work and then return. Unfortunately, this is a trend – now it is changing a little bit but still there is a long way to go to get there.”

In fact, the situation is so pronounced that Luca says local directors might think about changing their names to something less Italian, or adopting a nickname or persona in order to get past agency receptions.

It was not always the case, however. Luca recalls the ‘80s and ‘90s when TV advertising in Italy was heavily comedic – which required local directors who understood the distinctive, over-the-top Italian sense of humour.

As a result, local commercial directors did not feel the need to travel for work. These days, though, Ada has noticed a lot more young directors and creatives heading abroad to make their name.

And if you think this is just a moan from the production community, there are many people in agencies who acknowledge this phenomenon. Agostino Toscana, ECD Saatchi & Saatchi Italy, suspects that the tendency to avoid working with local directors is an attempt to paper over the lack of strong ideas. "There is an obsession with execution to cover up the lack of content. In fact, Italy is a big market for overpaid foreign directors. Sadly, the industry doesn't like interesting casting."

Despite these difficulties, there is a new wave of directors starting to emerge – and you can check them out here. (link to Liam’s story)

Thanks to challenges in the local economy, Italian production companies have been moved to expand internationally. Filmmaster is, perhaps, the most well-known example, being one of Italy’s biggest and best known production companies. Founded in Rome in 1976, it now has offices in Madrid, London, Berlin, Dubai, Abu Dhabi, Doha, Dammam, Riyadh and Rio de Janeiro (Filmmaster MEA was founded in 2007).

Casta Diva Group was founded with international ambitions in mind. When Luca Oddo first entered production in 1990, having worked in agencies, he had the idea to create a production company with a global model – but he found himself pooh-poohed by those around him. But in 2004, Italy was ready for a global production approach, so he co-founded the business. It now has offices in 13 cities. In the beginning, most of the group’s income came from its Milan and Rome offices, but now its more or less equally split across its offices. That’s thanks in part to Italy’s challenges and also their foresight to set up in growth markets.

At The Family, they’ve found themselves working with agencies in France and Germany and the UK, and Terminal Productions have recently opened in Argentina.

And it’s not just about Italian companies spreading their wings abroad, from a services and locations point of view, Italy has a lot to offer, says Luca.

“Italy is of course quite a resourceful country as a location because you’ve got everything. Beach, mountains, countryside in 12 different options. So it really gives any kind of landscape and weather-wise it’s rather decent – regardless of climate change! In terms of production support, I shoot all over the place and it’s honestly second to none. They have exactly the same kind of technical support as they have in South Africa, London, Paris. It’s easy to shoot there.”

Despite the ups and downs that the market has faced over the past decade, the Italian production industry is seeing some light at the end of the tunnel. Budgets (as everywhere else in the world) are nowhere near their Golden Age highs, but have started to creep up. Clients seem to be growing more confident – though the effects of the recent Italian referendum have yet to really play out.

“Well I think in Italy, the crisis has been quite long, from 2008 to a year and a half ago it was really tough. Everything was really slowing down, I think we’ve been through quite a tough time. I think now things are getting slightly better. We are kind of used to political bumps,” says Ada, adding, “I think the referendum was very bad because it makes things slow. Political uncertainty is never good, but for us we are probably more used to that than you! So there is no immediate reaction to it, though. For a long time clients were investing less and less, but I think probably at a certain moment Italians need to invest again. So there is a little bit of movement in there.”

Another factor in favour of the Italian production industry is that local agencies have not pursued in-house production at any great scale. Budgets are so much lower in Italy that the margins aren’t there to make it worth agencies’ while to produce anything, aside from the odd creative-and-a-hand-held camera piece of off-the-cuff content. What’s more, the traditionally long payment terms that have long been a bane for production companies are now playing in their favour as they also deter agencies from seeing production as a money spinner.

And perhaps the most heartening development in the Italian production industry is the recent reformation of the local producers association. The association has already had a party to mark its relaunch and is working on hammering out details with European partners. It comes at a crucial time and has been formed to maintain standards and raise quality even further.

“I think it is important because it is very difficult for producers in Italy to bond and stick together because the competition is tough,” says Ada. “It’s a good thing because it will really help agencies and clients.”