MakeLoveNotPorn founder on why authentic, honest sex is good for advertising and good for society 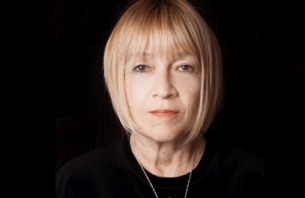 “No they are not coming to me. I am going after them and they’re not responding.” Cindy Gallop is frustrated. In the seven years she’s spent developing MakeLoveNotPorn.com, a platform all about real world sex, she’s gleaned more insights into what people actually get up to between the sheets (or in the back of a car, the downstairs cupboard, the kitchen floor…) than the entire cohort of research execs in WPP, Publicis and Omnicom put together. So you’d think the ad industry would be fairly keen to pick her brains about one of the most fundamental of human behaviours, right?

It’s frustrating, though not entirely surprising for Cindy, who has battled the straight jacketed attitudes about sex in business every day over MakeLoveNotPorn’s existence. The site, with the tagline ‘Pro Sex. Pro Porn. Pro Knowing the Difference’ was launched to celebrate real sex, reassure people about sex and break down taboos. Since giving her Ted Talk in 2009, she’s received thousands of emails from people of all ages, genders and orientations asking advice and sharing their stories. That’s led to the creation of MakeLoveNotPorn.TV, a user generated site that shows real people having sex – including the messy bits, the funny bits, the intimate bits, the wobbly bits and the emotional bits. And if that sounds pretty reasonable, the business world doesn’t agree.

‘No adult content’ small print has thrown up obstacles like finding a bank that would allow her to open a business account, an email server that would allow her to send communication to her mailing list. The team’s even had to build its own video hosting and streaming platform as off-the-shelf options were out of reach. And the advertising industry, it seems, is just as squeamish about real, authentic sex as the rest of the business world.

As Cindy sees it, it’s a damning reflection of an industry that bangs on about creativity. She had at first hoped that the advertising industry might help fund MakeLoveNotPorn, Cindy is, after all, ‘one of its own’. And, given the intimate and far-reaching insight she’s accumulated about sex, you might have expected them to consult her, find out what she’s learned and apply it to advertising.

For the Social Good

The ad industry’s uncharacteristic bashfulness about sex is, she argues, a missed business opportunity and, perhaps more importantly, a missed social opportunity.

“By ignoring sex completely in advertising, we are missing out on a huge opportunity to do what I believe in, which is to do good and make money simultaneously. It’s for all the reasons that I am doing MakeLoveNotPorn and for all the reasons that what we’re doing is so welcomed; everybody is dying to talk about sex. Half the problem is the shame and embarrassment that our society puts on the most normal of human activities. We have a responsibility and the opportunity to create aspiration in very socially positive ways,” she says.

“When our industry normalises sex and sexuality in the way we operate marketing and communication campaigns, we will be doing consumers a huge favour.”

Cindy’s a great advocate for advertising’s role in creating ‘aspirational’ role models – though she uses the word aspiration in a very specific context. It’s about presenting believable depictions of loving, respectful relationships of equals.

She uses an example of a heterosexual relationship to illustrate her point – though notes that this is just an example and by no means excludes other forms of relationships. “What you see in advertising is the husband as the strong breadwinner and the wife as the nurturing carer. That is totally not reflective of the reality of relationships today. Today both halves of a couple works because in economies all around the world people have no choice. That involves completely different negotiations around childcare, housework. You need very different negotiations around the fact that often the wife earns more money than the husband, that the wife may work and the husband doesn’t. Our industry has a unique opportunity to reflect that reality in the advertising it creates, and thereby creating aspirational relationship role models that make men feel better about being the ones staying home looking after the kids – because men and other women despise them when they do. Make men and women feel better about the fact that the woman might earn more than the husband. Showcase a partnership of equals.”

That said there’s a careful distinction to be made between raw, candid depictions of sex and gratuitous or exploitative sex. The latter can be seen all over popular culture and stems, says Cindy, from the stranglehold of male creatives.

“Franker does not equate to better,” she says, “I am one of the women who stopped watching Game of Thrones because of the rape scenes. I could not take it any longer. If you are a male show runner, director or producer you’ve got no fucking idea what it’s like to be a woman watching a rape scene. Franker through the male lens does not equal better. Neither does it equal innovative.”

When it comes to advertising, Cindy’s campaign for honesty around sex converges with her dismay at the lack of female representation in creative departments and as ECDs. Sexist depictions of women and men in advertising are largely written by men and the objectification that the industry is so often criticised for is a result of ads written, unthinkingly, in service of the male gaze. Laddish humour, ‘mad bantz’ might seem that it’s being open about sex, but, really, isn’t it simply yet another case of using humour to deflect the truth of the situation?

“Sex can absolutely sell in many interesting ways when you have female ECDs and females creatives. This comes through my championing pioneering sex tech as a category. It has brought to me many, many other sex tech entrepreneurs and I can tell you that the most interesting things in sex tech currently are coming from female founders. We are owning our own sexuality and we are doing things about it. Imagine if that were to translate into creativity?”

The opportunities that come with talking openly about sex are manifold for brands and the advertising industry. For one thing very few brands are really doing it – and no, the coy innuendo and distorted stereotypes that advertising often comes under fire for is not what Cindy and her team are talking about. The sexism outlined in the recent #WomenNotObjects video is a result of inauthentic and unreal depictions of sex – largely concocted by male-dominated creative teams. The brands that dare to be different by reflecting relatable, modern sexual relationships stand out.

“We plan eventually to have an area where, as long as you embed it in the context of real people having sex for real… you can sell anything. And when I say ‘anything’ I don’t just mean condoms, sex toys, vibrators. You can sell any perfectly ordinary household goods, product or services as long as you integrate it entertainingly into a real world sex scenario. Imagine the chair she’s sitting on, the necklace she’s wearing, the clothes they’re taking off, the computer in the background, the beer he’s drinking. For brands brave enough to do this the viral possibilities are tremendous.”

“For all the same reasons that I and my team battle every day, no one is funding the Comscore of porn. Huge missed opportunity,” she says. “One of the future revenue streams for MakeLoveNotPorn is data. We have the opportunity to be the Kinsey of today. Real time, real life human sexual data, captured and aggregated in a way that no one else is doing in an area that is utterly research- and data-free. It’s also an area where, in research and data, there is the widest possible gap between what people say and what people actually do. We are all about what people do.”

Cindy’s journey has thrown up plenty of surprises along the way and revealed a massive untapped area for growth. But if the advertising industry can learn anything from Cindy and her team at MakeLoveNotPorn, it’s that we need to grow up and get over the awkwardness.