Peek behind the scenes of a sprout-fuelled adventure 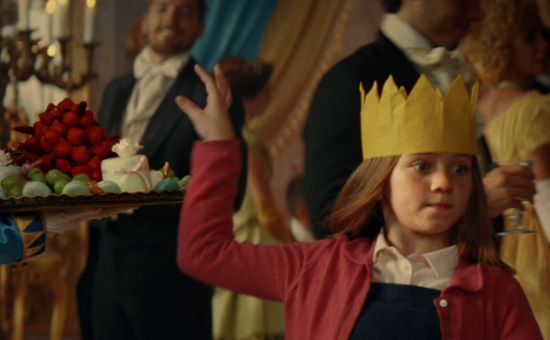 Sky Movies premieres its 2015 Christmas campaign on Twitter, Facebook and YouTube today. The adventure will take audiences through some of the famous movie worlds that will be on Sky Movies this Christmas: Cinderella, Night at the Museum: Secret of the Tomb, Big Hero 6 and Marvel’s Avengers: Age of Ultron. After its online debut, the advert will air during The X Factor on Saturday 7 November.

Featuring the strapline ‘Step into the adventure this Christmas’, the intricate and energetic scenes featured in the advert have been specially created using both hand drawn and CGI animations, as well as combining new and existing footage from filmmakers across the globe.

The advert opens with Rosie’s family gathered around the dinner table. Rosie is looking at her plate in disgust as a pile of sprouts sit there untouched. It becomes clear that she must clear her plate before she can watch Sky Movies with her family. Rosie jumps from her chair and escapes under the table where she discovers a whole other world. Viewers then accompany Rosie on a magical quest as she realises she can get rid of her leftover sprouts, from dashing through Cinderella’s lavish ball, teasing a triceratops in a museum and popping-up centre-stage in the middle of an Ultron battle. Rosie is transported into the heart of captivating and enchanting movie worlds meeting much-loved movie characters, including Cinderella, Baymax (Big Hero 6) and The Hulk (Marvel’s Avengers: Age of Ultron) along the way.

Recreating scenes with precision and detail to ensure they remained true to the original films meant the set design and production was both labour and time intensive.  It took a team of 532 artists, animators, crew, editors and extras, plus over 550 sprouts to bring the advert to life.

A time consuming 1,000 man hours were spent finessing the Night at the Museum: Secret of the Tomb set. A moving elevator was created, a rotating wall manufactured and six light fixtures had to be handmade to replicate the iconic museum corridor scene. For Cinderella, 120 of the original ball gowns from Cinderella and tailcoats were sourced from Disney’s costume department to dress the scene’s extras that includes trained dancers.

Ian Lewis, Director, Sky Movies commented: "This year’s advert builds on our popular Christmas campaign and celebrates the relationship we as families have with movies at Christmas. We wanted to catapult families, with the help of sprouts, into some of the nation’s favourite movie worlds including Big Hero 6 and Marvel’s Avengers: Age of Ultron. We hope the advert reminds viewers of the magic of movies and the family adventures available to watch on Sky Movies this Christmas.”

Michael Spiccia, Director, commented: “Having the creative freedom to work within some of the most popular movie worlds was incredibly exciting. It was a lot of fun creating this modern day fairytale.” 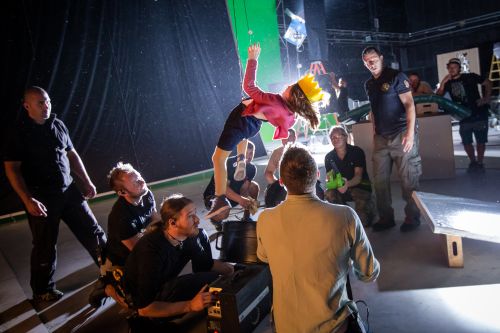 Simon Robinson, Agency Creative Director at WCRS commented: “Every year we work with Sky to create and storyboard an ad that’s bigger and better than the previous. Why sprouts? Well this controversial veg is always a hot topic of conversation around the dinner table at Christmas; you either love them or hate them. This insight fueled the storyboarding process as we felt it was a strong theme that many families, kids especially, could relate to.” 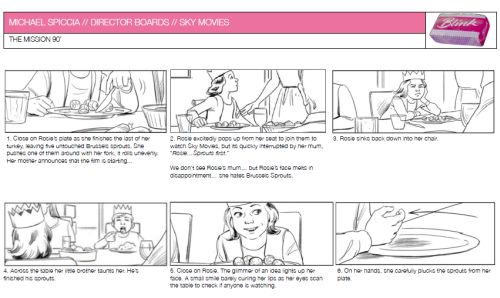 Clydee Scrimshaw, actress who plays ‘Rosie’, commented: “I’m so excited to be starring in the Christmas advert for Sky Movies. During filming I got to fly in a Marvel’s Avengers: Age of Ultron scene, run through the Cinderella ballroom and see myself in animation in the style of Big Hero 6.  I think Rosie is just like me, she hates sprouts and so do I. I’m really excited for the advert to be shown for the first time during The X Factor; I can’t wait to see my friend’s faces when they see me on screen as I’ve kept this a secret for months.”

The four films featured in the advert will premiere on Sky Movies throughout the Christmas period on the following dates and will be available on Sky Movies on demand and via Sky Go:

• Night at the Museum: Secret of the Tomb – Christmas Eve

Sky Movies’ Christmas campaign begins with a 90 second TV advert on the November 7th and is supported by a 60 second and 40 second edit, throughout the Christmas period. The advert is part of Sky Movies’ multi-million pound Christmas campaign which encompasses TV, outdoor, print, cinema, online, promotions and mobile activity.