Looking back on a week of the best commercial craft 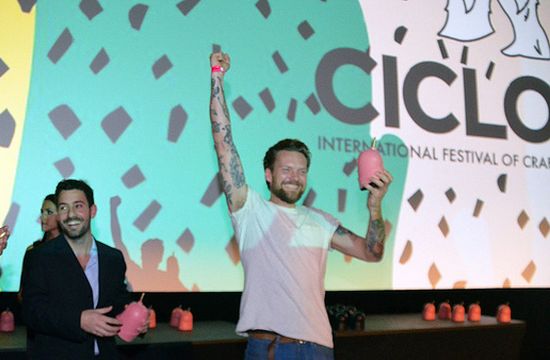 Ciclope International Festival of Craft 2013 concluded on Friday with an awards ceremony showcasing the best crafted work in the world.

As always the advertising production community showed their interest and support in the festival's ethos and gave their time and expertise to some fascinating talks, panels and case studies.

Talks by Mike Mcgee and Charles Howell of Framestore on behind the scenes of ³Gravity², by Richard O¹Neill, Executive Director of Integrated Production at TBWA\CHIAT\DAY Advertising, Heineken Global Communication Manager Sandrine Huijgen, the ingenious designer Brendan Dawes, and some fantastic case studies and panels made the festival a great success.

"The refreshing thing about Ciclope is it is about the work on the screen; the craft that has gone into that work, it has no other agenda. That is refreshing and exciting to be a part of," said Sally Campbell, Founding Partner at Somesuch & Co. and Ciclope Jury President.

"Huge thanks to the Jury for committing so much of their time and expertise into the judging process, discussing and awarding some truly remarkable work. Thank you also to the fantastic amount of delegates who came to the talks and events and took part in Fresh Market," said a Ciclope spokesperson. Plans are already underway for next year.

See the photos from this year!