Ciclope International Festival of Craft Comes Back to Berlin 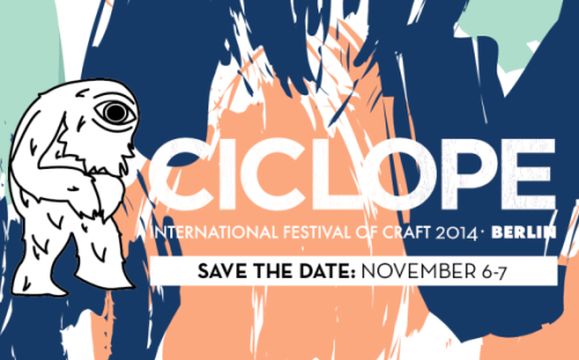 After a truly remarkable 2013 edition, Ciclope International Festival of Craft is getting back to Berlin with brand new venues and an outstanding line up of speakers and jurors that establishes this event as a must for creative professionals.

This year, Ciclope Festival will take place on 6th and 7th November at Babylon and Soho House Berlin. You can buy your tickets here.

In its 5th edition, Ciclope will continue honoring the art of execution in more than 20 categories including Direction, Visual Effects, Production Design, 3D Animation, Sound Design, Music Video, Mobile App and Live Experience, among others. The call for entries starts today!

Last year attendees enjoyed Ciclope’s award show and conferences performed by inspiring speakers like Mike McGee (Creative Director at Framestore), who revealed the behind the scenes secrets of Gravity, the award winning film by Alfonso Cuarón, or Julian Frost, the multi awarded director of animated film Dumbs ways to die. You can watch the highlights of last year's festival below.