For its first edition, CICLOPE Asia will present a talk by Emmy-winning director Tom Kuntz 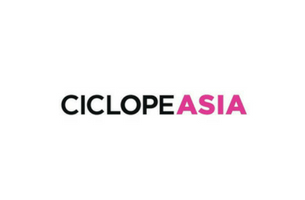 All is set for CICLOPE Asia’s first edition, to be held on 1st September in Tokyo (August, 2018) On Saturday 1st September, CICLOPE arrives in Tokyo for the first ever edition of CICLOPE Asia, the only regional award-show exclusively dedicated to film craft in advertising and moving image. The event will take place at Eurolive, a movie theatre placed in the bursting neighbourhood of Shibuya, in Tokyo.

For 8 years now, CICLOPE Festival has been building awareness on the importance of craft as a central force in the advertising and entertainment industry. Each year, this unique conference and award show gathers the most talented creatives, producers, marketers and directors to recognise the most well-crafted works of the year, network with colleagues and clients, and open up to new ideas.

In its first edition, CICLOPE Asia will present a talk by the Emmy-winning director Tom Kuntz. After starting his directing career at MTV, he began working full-time through Propaganda Films and then through MJZ. In August 2010, Kuntz’s Old Spice “The Man Your Man Could Smell Like” spot won the Emmy for “Commercial of the Year” and, since then, he has shot some of the most popular and strange commercials in the industry. After Tom Kuntz’s talk, CICLOPE Asia’s jury will recognize the most outstanding works in the APAC region in an exclusive awards ceremony. Winners will be defined by a selection of top creatives and producers, such as Kazoo Sato (CCO, TBWA\Hakuhodo), Mike Farr (ECD, Wieden+Kennedy), Reed Collins (CCO, Ogilvy North Asia), Umma Saini (Creative Lead, Google India), Masa Tanaka (Associate Creative Director, RGA), Yuka Tsukada (CD, Dentsu), Michael Ritchie (Managing Director, Revolver/Will O’Rourke), Kate Hyewon Oh (CCO & ECD, Cheil Worldwide) Lily Li (General Manager, MPC Shanghai), and Aki Mizutani (director and editor, Cutters Studios), among others (see an updated list of guests HERE).

Ciclope Asia’s Grand Prix and best works in each category will automatically become finalists in the flagship annual festival, to be held in Berlin on November 8 & 9, 2018. More info and tickets here.