More than 100 entries were awarded across different categories 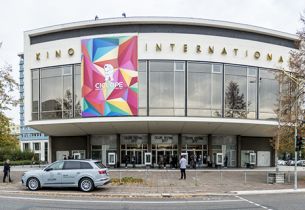 Over the weekend, CICLOPE announced the winners for the 2017 festival in Berlin.

During the festival, more than 100 entries were awarded and three of them won a Grand Prix: 'Sandy Hook Promise - Evan' (directed by Henry-Alex Rubin, produced by Smuggler and created by BBDO NY); 'Jay-Z - The Story of O.J.' (directed by Jay-Z and Mark Romanek, produced by The Mill) and 'Audi - Enter Sandbox' (directed by Kjetil Botten Skogly and produced by MediaMonks).

Production Company of the Year: SMUGGLER

Director of the year: Henry-Alex Rubin

Animation Comany of the year: The Mill

Editing Company of the Year: NO6

Music Company of the Year: Ring The Alarm

Digital Company of the Year: MediaMonks

Agency of the Year: BBDO NY

You can view the full list of winners here.