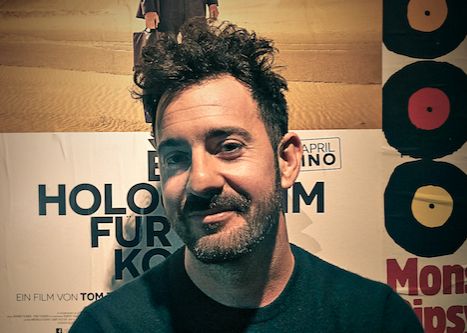 CICLOPE has invited four prominent figures in the South African film industry to sit on the jury of its upcoming awards show, which takes place on the 26 - 27 October in Berlin, Germany.

Rocha-Gray will also join the festival’s Executive Jury, responsible for determining the 2017 winners. Rocha-Gray and director Terence Neal are a sought-after local director/producer team, renowned for their firm focus on craft.

Francisco Condorelli, Director of Ciclope, says, “We take a lot of care in securing judges who are equally passionate about the pivotal role that craft plays in bringing stories to life. We feel extremely fortunate to have Rocha-Gray on board, as well as the other South African jury members, who represent some of the industry’s brightest, most accomplished production talent. We look forward to the insights and experience they’ll bring to the judging process.”

For the past last seven years, Ciclope has provided a platform for directors, creatives, artists, producers and brands to celebrate exceptional work, share knowledge and be inspired. Ciclope has been hosted in major cities including New York, Los Angeles, Sao Paulo, Sydney and more.

“No matter how forward-thinking or innovative a creative concept, with mediocre execution the message falls flat," says SA jury member Hylton Heather. “Ciclope is the only platform exclusively dedicated to promoting excellence in craft.”

Condorelli admits that the calibre of entries received this year has been extremely high; evidence of craft’s growing emphasis across the global playing field. “We’re excited to provide a platform that shines a light on global talent, showcasing the incredible work produced worldwide,” concludes Condorelli.