Trends and Insight 378 Add to collection 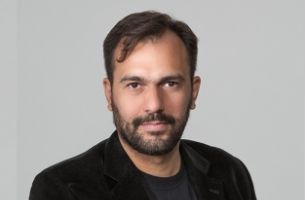 The production community has been in need of a meeting point for a while now. At a time in which we are going through a disruptive evolution, we are seeking a place to share, learn and discuss what the future looks like. For a few of us that place is Ciclope.

The Kino (cinema) International in Berlin truly reflects the spirit of the festival. It is not as grand as Cannes’ Palais des Festivals or New York’s Moma, but it is an exquisite venue for anybody that cares about aesthetics and artistry. Ciclope had a beautiful line up of speakers and relevant subjects, very much in line with the way that the Kino curates films during the rest of the year. It was refreshing to listen to presentations that were interesting, educational and inspiring, instead of just sales pitches.

Two trends that seemed to have an underlying influence throughout this year’s festival were craftsmanship and technology. The first keynote was about creating 3D character animation – a subject which has the potential to be extremely geeky and something you might encounter at an IBC demo. But when the speaker is ILM’s Ian Comley, talking about bringing to life characters from the latest Star Wars film, it sets the bar very high when talking about craft. I couldn’t have agreed more with BBH founder John Hegarty, when he said that advertising is 80% idea and 80% execution. There’s no doubt I will be using that quote in my presentations over the next few months!

Of course VR was present in many shapes and forms, from various Oculus demos to Framestore sharing the award winning Mars Bus (ideated by our McCann New York office). It is a media that everybody seems to be playing with and as a result it is evolving rapidly. However, I do wish there had been more tech. Voice activated devices, 4D cinema and wearables weren’t mentioned at all.

My favourite talk was Arif Haq’s keynote. It was so brilliant and relevant that I felt it should have been followed with a “please elaborate” instead of a Q&A. With his experience working on different sides of advertising (client, agency and production) he was able to provide a truly thought provoking point of view. I fear I might have developed an intellectual crush which could cause me to shriek the next time I see him!

The screenings were a very clear reflection of how we are transitioning into longer form content and struggling with it. But it was good to see how some brands are starting to invest in this and look beyond the real-life documentary format. Saying this, a lot of it still looked like longer versions of long ads.

I left Ciclope with a smile and hope. I felt that a small(ish) group of us are starting something. Most of the crowd were familiar faces. The right familiar faces. People I admire and like to hang out with. And Berlin is the perfect place for the latter: beautifully ugly, creative and irreverent.

I truly wish it evolves into something bigger and transcends into a sort of mecca for all types of creators to connect (and have some needed fun). Next year I want to see photographers, event companies, product developers, post-production and film origins. It has the potential to become the place in which everybody can mix. But we have to make sure it happens at the Kino again!