Veteran IT expert joins from AKQA 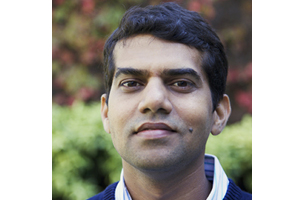 Cibo have announced that veteran IT expert Satish Tallapaka has joined the company as Vice President of Technology, effective immediately. Tallapaka brings a deep wealth of over 15 years of experience in technology and management to his new role at Cibo.

“We’re delighted to have Satish join the growing Cibo team,” says Jim Magill, Co-founder and CMO at Cibo. “Satish’s blend of technical acumen and management experience make him the perfect complement to our expanding team, and his arrival is just what Cibo needs to take things to the next level.”  Key focus area for Satish is to enhance Cibo’s technology offerings in emerging technologies, mobile and large platform builds.

Tallapaka joins Cibo from AKQA, where he served as Group Technical Director and was responsible for the overall technology direction and management of global clients including Audi, Visa, Verizon, Jordan, and many others. His position saw him managing an expansive technology team, which included senior technology managers and architects, while also evangelizing for emerging mobile technologies.

A graduate of India’s SV University with a degree in Technology (Electrical and Electronics), Tallapaka began his career in the United States as a Technology Architect for Cognizant Technology Solutions, where he worked from 1998 to 2005. He became a Technology Manager for Proxicom in 2005, where he managed and directed a large team of technologists providing technology insight and leadership to Fortune 500 companies, including a next generation architecture initiative for Nissan. In 2007, Tallapaka became Director of Technology Services at iCrossing, where he was responsible for web and mobile technology strategy, enterprise architecture, innovation, and business development.

"I’m excited to be joining Cibo. Cibo has done amazing work for world class clients, I am looking forward to the opportunities and challenges ahead,” says Tallapaka.