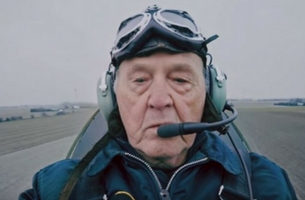 With research showing that only 30% of Canadians are saving enough for their retirement, CIBC, a leading Canadian-based global financial institution, is encouraging the other 70% to contribute more to their RRSPs through a digital and content-heavy approach to its annual investment campaign

The bank’s “Name Your Future. Save For It” campaign first launched in November, with media spend ramping up in January to hit consumers during a key RRSP investing period. While Canadians have until March 1 to contribute to their RRSPs for the 2017 calendar year, campaign assets will be in-market until March 31.

A documentary-style spot is intended to inspire people to think about their passions and how they might be able to fulfil them in retirement. The video focuses on James Neely, a 74-year-old retiree whose passion is building and flying planes. Through saving over the years, Neely is now able to spend his days focused on his (admittedly expensive) passion. The bank worked with Juniper Park\TBWA  on creative and Mediacom on media.

The spot and wider campaign are meant to get people thinking about what they plan to do with their retirements, and how they’ll be able to afford it, says Angela Sarino, senior director of marketing communications at CIBC. The 70% of Canadians who aren’t necessarily saving enough tend to focus on “living for today,” spending on the small things that make them happy. The campaign’s purpose, she says, is to fundamentally change people’s attitude towards saving for the long-term.

“One of the challenges is that all the banks advertise RRSPs,” says Sarino, “so we’re trying to find an interesting way to jolt people out of their typical investment habits, and to pause and actually think about their future.”

The creative concept assumes that having people “name” their future gives a lot more meaning to why they should save, Sarino says.

The campaign is running across digital, social (including paid search on Facebook and Twitter) and digital out-of-home. For content, the bank has partnered with BuzzFeed on two retirement quizzes (one dealing with retirement specifically, another dealing with overall financial savviness) and with content marketing platform Contently on retirement-related articles. Using Google’s Vogon tool, CIBC has been serving up dynamic banner ads based on the user’s searches. For example, a user searching for yoga might encounter an ad for “The Namaste RRSP,” while someone searching for hiking would see “The Blaze-A-Trail RRSP” banner. Sarino estimates that there are roughly 80 different permutations of the ad based on different “futures” would-be clients might have.

The campaign is broadly targeting the Canadian population, with particular emphasis on those aged 25 to 54 who are more affluent and tend to have more money to invest. 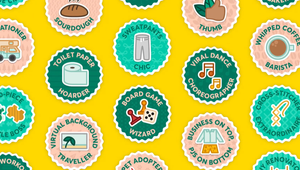 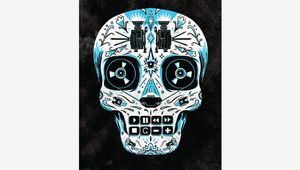