Go back in time with WCRS & Tomboy Films’ 80s groove 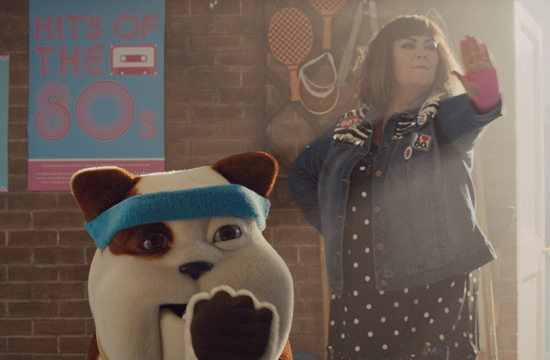 In ‘Dance’ we see how Churchill and Dawn spend their ‘down time’, as they get in the 80s groove to Depeche Mode’s ‘Just Can’t Get Enough’. Churchill’s obsession with the 80s is shown to stem from his pride in the 80% discount for new car insurance customers who have 8 years No Claim Discount.

‘Metamorphosis’ sees Dawn and Churchill discussing just how angry the 1.2 million uninsured drivers on our roads make them. Let’s just say they don’t approve! So it’s a good thing that Churchill protects his customers’ claim-free years in the event of an accident with an uninsured driver.

Both commercials were written by Jane Briers and Dave Cornmell, and produced by Tomboy Films. The integrated campaign will also include radio, press and digital.

Kerry Chilvers, Brands Director at Direct Line Group, said: “Our new campaign continues to develop the on-screen chemistry between Churchill and Dawn and I am sure that viewers will enjoy watching the relationship develop.”

Emma Marsland, Managing Partner at WCRS, said: “These new spots develop the relationship between Churchill and Dawn, as well as showing some new sides to Churchie’s character. Who knew he had such an obsession with the 80s? We are confident these new spots will perform as well as the rest of the campaign has to date. Oh Yes!”