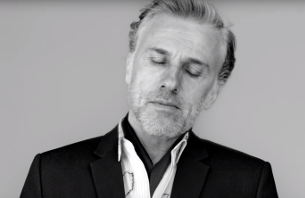 For the launch of Dom Pérignon's new prestige champagne, “P2”, BETC Luxe has designed and crafted a global marketing campaign highlighting the extraordinary quality of the product.

Dom Pérignon P2 comes as the result of Dom Pérignon's second "Plénitude", the fruit of 16 years' maturation in the famous cellars of Epernay. The wine represents the ultimate expression of Dom Pérignon, with a particular character, specificity and energy that combine to make it a truly exceptional vintage.

The campaign captures the singularity of the P2 experience; a moment of unique, personal and intense enjoyment. BETC Luxe and Dom Pérignon invited actor Christoph Waltz to communicate this state of grace that occurs when tasting Dom Pérignon P2: a moment of intensity, almost suspended in time with a quasi-mystical feel. We call this moment "Touched with Plénitude".

The experience has been immortalised by Billy Kidd in film and print, and has been published both in traditional media (TV/Cinema, press and poster campaign) and in digital formats since September 7th 2016.

As Brune Buonomano, Managing Director of BETC Luxe, explains: "This new composition is telling the Dom Pérignon story, and plays around with the concept of time in a fascinating way; we're observing a moment suspended in time, made possible only through exactly 16 years’ worth of patience and maturation. It's a beautiful story to tell.”

For the French and Russian markets, the campaign was shot by Nicholas Alan Cope, with a composition placing the Dom Pérignon P2 bottle centre stage, alone in a mysterious setting.