Christmas Is Coming and the Turkeys Are Getting Naked

Fresh from de-feathering a bunch of turkeys, The&Partnership's Liz Oakley shares her latest highlights from this year's Christmas ads 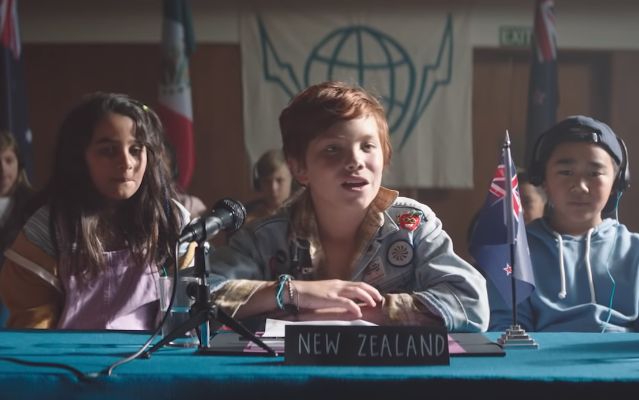 While everyone else is busy trying to sell you your Christmas dinner, I’ve been preparing it. Because my side hustle is farming. Plucking and prepping 250 turkeys is a world away from the glamour of advertising. But it’s great for getting a different perspective on life. And Christmas.

So while a gang of us de-feathered your festive dinner from the bottom up, we chatted about some of this week’s adverts.

What a place to start. It’s beautiful. And it’s true. If only we could spend more time with the ones that really matter. It’s on point without being condescending and connects with parents all over the country. But while most of us in our London bubble look on at this ad by the super-talented Sam Brown with a hint of jealousy, what does the real world think?

Well, my turkey plucking pals liked it, and although they couldn’t remember the brand, and hadn’t seen it on telly, but we’re all sure to be crowded round the Beeb’s Christmas specials on the big day.

Farmers don’t get away much, but when we do, we like to go to somewhere that’s like home, just warmer. Air New Zealand always put in a lot of effort when it comes to their Christmas ad. And this year it’s taken a different route with a world summit of naughty children. It may not be as funny as previous years but this ad is worth talking about purely for the appearance of Donald Trump Junior. I’m pretty sure no other Christmas ad could take him on. Would it get our turkey crew to fly with them? Yis, it would.

Talking of lovely things from abroad, this animated spot from German Banking group, Erste, caught my eye. It’s the story of a lovable hedgehog that can’t have fun with his new friends because of his spines, so - spoiler alert – they give him a box of polystyrene to put on his sharp bits so they can hug him. Very cute. Very John Lewis 2013. It’s friendly and safety conscious – everything you’d want from a bank. And everything that makes people go ahhh, apparently.

From sweet to surprising. In the UK, Lidl have us upgrading our Christmases with oversized trees and brass bands in our front rooms. In Europe there’s a more deep and meaningful approach. Basically it’s an exodus of children running away from home to escape their warring parents, opting to live on a Nirvana-like island instead. The message? No arguments. No anger. The outtake? After 3.16 minutes of confusion my turkey plucking pals weren’t partial. But it does get our Turkey of the week. Nice animation though.