TV ad for Christian Aid week created by Kream, the production arm of the Karma group 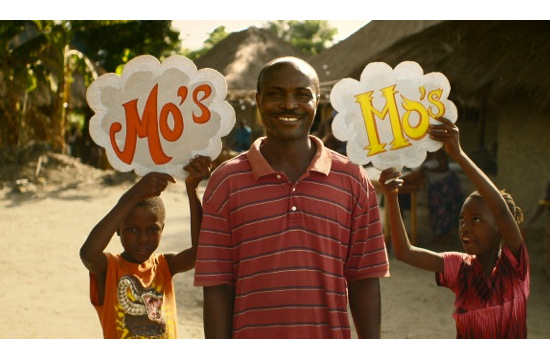 Christian Aid has released a new TV advert for its annual fundraising week which departs from the traditional industry approach of focusing on the desperate nature of acute poverty to highlight instead the ‘power of possibilities’.

The 30-second advert, shot in a small fishing village on York Island, southern Sierra Leone, features local people and has been created by Kream, the production arm of the Karma Group.

The ad, which breaks on the 9 May ahead of Christian Aid Week (12-18 May), is the first by Kream for the charity and shows how the organisation is working with communities to tackle the causes of poverty with long term sustainable solutions.

Kream recruited local electricians, carpenters and sign makers on the isolated island to work as part of a very small crew, as well as casting locals to star on screen.

Steve Shannon, Kream Creative Director, said: “It was an incredible challenge to go into a shoot knowing we would have to think on our feet to finalise locations, cast and support crew but we are immensely proud of our creative collaboration with the local people and of the final outcome.’

The ad tells the simple story of Mo, who is a fisherman.  Mo and his community are given a solar freezer to preserve his catch which allows him to open a thriving restaurant. This in turn offers him the opportunity to open a chain of restaurants and improve not only his, but the lives of other members of the community.

The work, which promotes Britain’s longest running door-to-door fundraising week, marks a step change in charity advertising as it highlights the positive long-term effects that donations can have on communities.

The ad was written and art directed by Phil Brewer and Simon Mackness, and directed by Sam Washington.

Lisa Green, Kream Strategic Partner, said: “It was incredibly rewarding for Kream to work with a client with such an established heritage and have the opportunity to push the boundaries both from a creative and a production point of view.’

Tom Barratt, Head of Marketing Communications, Christian Aid, said: “Conventional thinking is that audiences respond to images of people in need, but research also shows a continual portrayal of desperate need over the years (by the media and development charities) has left the public with a sense that international development isn’t working (that nothing has changed).

“It’s important to Christian Aid that we portray real people – full of hope, aspiration, hard work and resourcefulness - not as passive victims, because that is not the reality. We want to leave audiences with a belief that their donations can make a real difference to people’s lives and the ad helps to do this. It shows that simple but well thought-out interventions, paid for by people’s donations, can help communities to thrive.”