Macdonald was most recently President of the New York McCann office 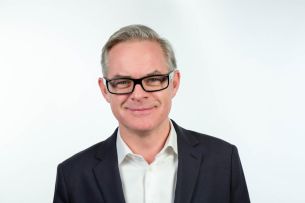 McCann Worldgroup today announced that Chris Macdonald, President of the New York office, has been promoted to the new position of President of McCann North America.

“Chris has done an outstanding job leading New York,” said Harris Diamond, Chairman and CEO of McCann Worldgroup. “In his new role, Chris will bring the same proactive, client-focused growth approach to our North American team with an emphasis on strengthening our integrated creative, strategic and omni-platform capabilities.”

Macdonald moved to the U.S. and was promoted to President of McCann New York in 2013. He was serving as CEO of McCann London, which he had first joined in 2005 as Client Services Director.

In his expanded role, Macdonald will report to McCann Worldgroup President Luca Lindner. He will remain responsible for leading NY and expand his responsibilities to lead the McCann North American agency group that includes Casanova//McCann, McCann Detroit, twofifteenmccann San Francisco, McCann Minneapolis and MacLaren McCann Canada, which consists of agency offices in Toronto, Calgary and Vancouver.