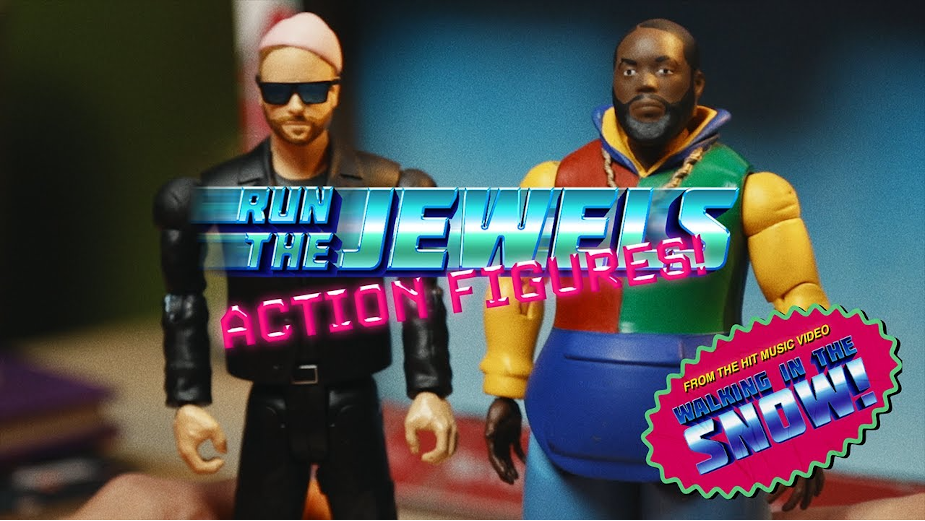 Run the Jewels has teamed up with Chris Hopewell and Black Dog Films on the stop-motion video for the lyrically prescient ‘Walking in the Snow’.
The video walks a tightrope between scathing political commentary and light-hearted toy-based action, as Run the Jewels’ Killer Mike and El-P work to overthrow an oppressive and violent regime of action figures.
"﻿It was great to work with the RTJ guys again," said Chris. "Everyone was very aware of the gravity of the subject matter and RTJ didn't want to be too obvious or on the nail with the visuals, so we went with an ‘80s style fantasy look with evil snow warriors and their icy king oppressing the bedroom toys. It was great to be involved with a project with a positive vibe to end a pretty fucked up year. Big thanks to the RTJ crew for their truth and for letting us work with their amazing music once again."
The video was produced by YouTube Music, Unreasonable Studios, Jacknife, and Black Dog Films, with creative from Anomaly.
view more - Creative