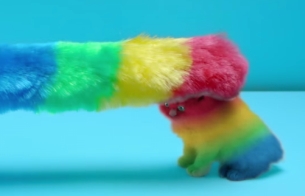 Along with things like sizzling bacon and rainbow coloured kittens, a cell phone company that’s fair and honest makes many people happy. That’s where Koodo comes in, and it’s on a serious mission to spread some jolly with a new brand platform encouraging Canadians to “Choose Happy.”

Developed for Koodo by Toronto-based creative agency Camp Jefferson in conjunction with its partner in the Quebec Market, K72, Koodo’s new direction stems from a key insight at the heart of the brand’s business: Koodo customers are happy. Customer frustration in the telco industry has been rising in Canada across the board, but not for Koodo. The company ranks highest in stand alone carrier satisfaction for JD Power's ranking of Best in Customer Satisfaction, leading that category for the last three years, and it also has the lowest CCTS complaints. The bottom line is that Koodo’s customers are satisfied. They aren’t subject to fixed term contracts, they aren’t locked in like they would be elsewhere, and so they choose to stay, not to walk away. They “Choose Happy.” It’s a uniquely differentiating positioning in an increasingly homogenous market, and one that’s a natural evolution for Koodo, leveraging the company’s core strength, that it does right by its customers. Ultimately, “Choose Happy” is a rallying cry that shows frustrated customers at other telcos that a better customer experience is the thing that matters most.

“‘Choose Happy” signals that Koodo is a different, welcoming alternative amongst a rising tide of lookalike wireless providers, and one that focuses on providing a topnotch customer experience,” said Lise Doucet, Director of Marketing at Koodo Mobile. “The best part is that it’s a positioning that naturally came out of the brand, what it is and what it stands for. It’s authentic to who we are as a company and it provides a filter for all decision making so that the consumer remains core to every decision.”

From the bottom up, Koodo’s new platform is mobile-optimized, engineered from the digital world to the traditional, hearkening to how people now predominantly consume their content. In developing the platform, Camp Jefferson’s creative exploration started with the most important screen in people’s lives — the mobile phone — and was inspired by the ‘bite-sized’ content people seek out and want to share. The result was a brand platform that references the responsive grid-based thinking of the digital realm, that’s highly flexible and can be sliced and diced in different ways, and easily deployed across a range of media. “Choose Happy” will be an enduring platform with work rolling out consistently over the next few years.

"A light went off when we realized that our client's product could be our main media vehicle,” said Paul Little, Executive Creative Director at Camp Jefferson. “This lead us to create a platform that was built to work in the way we consume media on our smartphones. In essence it's a tiled, modular system that can be assembled into anything -- from multiple units that become TV commercials to individual pieces that act as content to be shared and enjoyed on social channels."

The new platform is currently being brought to life, colourfully and exuberantly, across a ton of touch points. Koodo worked with a diverse network of illustrators, animators, designers, artists and directors to create a massive convergence of eclectic, creative, inspirational content, akin to the creativity of the Internet, and geared towards making people happy. The content includes things like an animated loop of a robot slipping on a banana peel, images of smiling popsicles, and dogs that turn into bunnies. It’s often accompanied by cheerful observations, like “happiness is no hidden fees,” and “happiness is perfect parallel parking when everyone’s watching.”

Koodo’s tiny luchador El Tabador is in the mix too, but in a different role, more brand ambassador than spokesperson. The “Choose Happy” launch campaign includes a 60-second cinema spot, 30-second and 15-second TV spots, digital billboards, painted murals, transit shelter ads, static and motion posters, staff apparel (even their socks), and POS and social elements. There’s also the “Happy Hub,” an interactive digital experience designed to bring the brand positioning to life, which features fun games, social content and messaging for happy seekers, who can share their happy with their social networks. 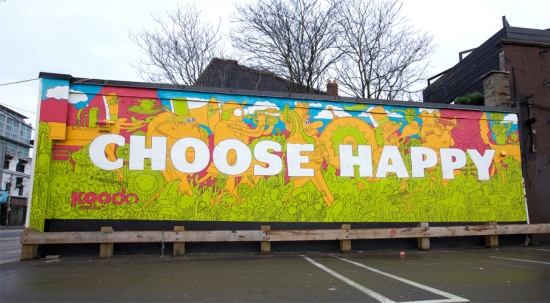 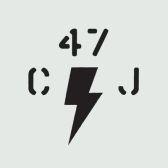 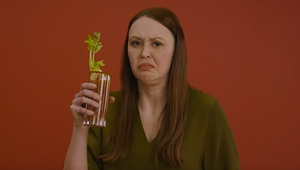 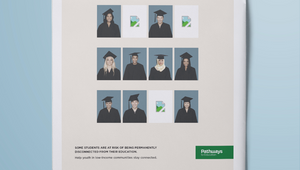 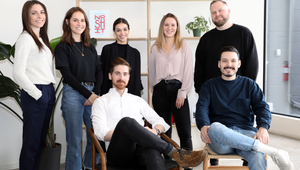 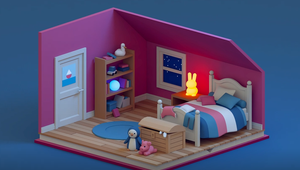 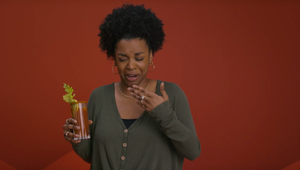 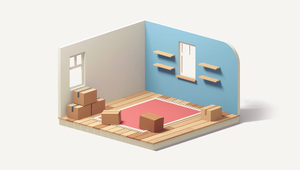 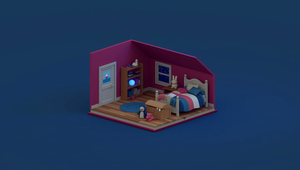 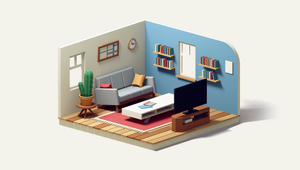