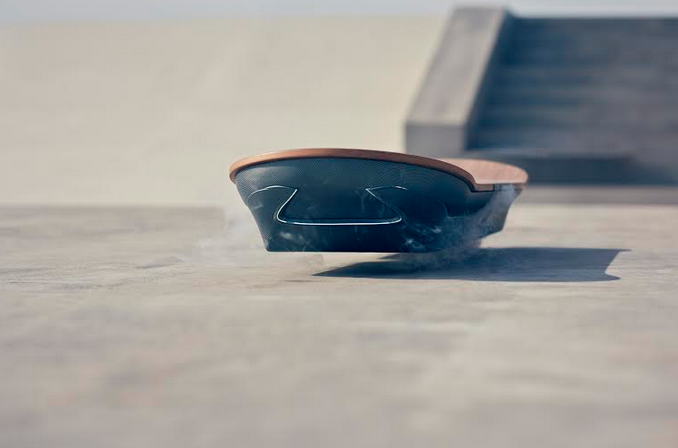 CHI&Partners has today revealed the first images of its real-life ‘Lexus Hoverboard’, which will take to the air later this year in the fourth ‘Amazing in Motion’ project for Lexus.

Having striven to achieve the inconceivable across the entire multi-award-winning ‘Amazing in Motion’ series, CHI&Partners has taken it one step further this time – partnering with global leaders in super-conductive technology to create a real, ride-able hoverboard, which operates through magnetic levitation.

CHI&Partners will release images of the board across digital, social and editorial media globally in the build-up to the campaign, inviting the world to join it in anticipation of the unprecedented launch.

The campaign was created by Brad Woolf and Dan Bailey and overseen by Creative Director Monty Verdi.

Monty Verdi, Creative Director at CHI&Partners, who has worked across all three ‘Amazing in Motion’ campaigns, said: “Each new Lexus ‘Amazing in Motion’ project has been more boundary-breaking than the last, and we’re incredibly proud of all three. This time, we wanted to achieve something truly unimaginable, and we’ve worked tirelessly to make it happen. Now the Lexus Hoverboard is a reality, we’re counting down the days until the world gets to see it in motion. We hope millions of people across the world will join us in our countdown.”

Mark Templin, Executive Vice President at Lexus International said; "At Lexus, we constantly challenge ourselves and our partners to push the boundaries of what is possible. That determination, combined with our passion and expertise for design and innovation, is what led us to take on the Hoverboard project. It’s the perfect example of the amazing things that can be achieved when you combine technology, design and imagination.”

Last year’s project ‘Strobe’ saw acrobats and stuntment in LED ‘lightsuits’ suspended across Kuala Lumpur’s night skyline and lit up in succession to create the illusion of one sole ‘lightman’s’ acrobatic journey across the skyline.