Trends and Insight 293 Add to collection 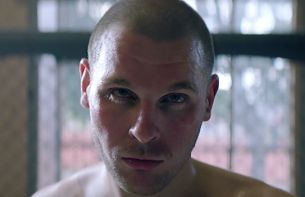 As part of its ‘Do Your Own Thing’ campaign for UK mobile network iD, CHI&Partners launched ‘Blind Fighter’, a three-part documentary examining the story of blind mixed-martial artist Lee Hoy. The overarching campaign explores the lives of extraordinary individuals who have turned to captivating methods to regain control over their lives - a group which Hoy, who struggled with low confidence and anxiety well into adulthood, before stepping into the mixed-martial arts cage, is part of. The films were directed by Simon Frost and Ben Hanson through CHI&Partners’ in-house production company Carbon. LBB’s Addison Capper chatted with them and the creative behind the project, Carl Storey.

LBB> The film features blurred vision and semi darkness to portray Lee’s impaired vision - what challenges were involved in portraying that but also paying respect to his abilities? How much involvement did Hoy have in the way you did it?

Simon & Ben> The third film in the series was the toughest of them all. We were determined to get everything in-camera and capture distortions using optics rather than just adding effects in post. We wanted to try to capture Lee’s visual impairment as best we could, so adding effects digitally would have been a disservice to Lee and the film.

We spent a lot of time with Lee discussing exactly how and what he sees. The interesting thing is, because Lee was born with his visual impairment, it is almost impossible for him to compare his vision to ours and vice versa. When he was down in London he told us that coming out of King’s Cross was disorientating, all he can see is these shapes moving past his eyes: he cannot focus on people, or discern if they are a threat or not. It’s all to do with the scarring on his retinas, the way the image is received by his eye gets distorted dramatically, but it’s not one set distortion, it can change suddenly.

We experimented with in-camera effects to create the right distortions / reflections. We used foil with small holes in and placed it over these beautiful anamorphic lenses, as well as tights, clingfilm and crystals!

Lee’s sight can jump from complete darkness to blinding white in an instant. To recreate this we ramped the iris mid-shot to recreate this effect. We had captured some really beautiful visuals and some really interesting moments. But it was really important to us that we didn't go out and make a film that looked pretty at the cost of authenticity.

We wanted the viewer to feel disorientated and a little scared – things that Lee told us affect him every day.

LBB> Was Lee involved in much of the creative process behind the films?

Carl> We started with some very rough scripts, which we chatted through with Lee when we first met, and after meeting we realised that they needed to be tweaked in order to get closer to Lee's story. He was great throughout the whole process – we interviewed him a number of times, and he gave us great nuggets of information to work with which helped us form the scripts for the films.

LBB> What were you aiming for with the art direction of these films?

Carl> Lee has an incredible story and we felt the right thing to do was to show it in its truest form, with the hope to inspire others to overcome whatever struggles they face, encouraging them to go out there and do their own thing. We wanted to elevate the struggles he faces everyday in a realistic but filmic visual way. This led us to use the different techniques throughout the films, from using a compressed air machine to mimic the punches he can’t see coming, to blurring the picture – offering an unsettling glimpse into the fears Lee has overcome.

LBB> What kind of research did you have to undertake prior to shooting?

Simon & Ben> Before we start projects like this, we’ll always try to meet the person a few weeks before the shoot.

That’s where we start to develop the structure of our interviews. We’ll save the deeper delving for the actual recordings, but at this stage we can allow for anything unexpected to shape what we shoot.

For example, in the last set of films, in a throw-away remark by Gary Stocker, a lawyer turned circus owner, he revealed he once had to be smashed out of a glass tank with a sledge hammer when an illusion went wrong. That ended up becoming a whole film in its own right.

Even when we have very little time to get the films done we’ll always put aside a few hours without the camera and crew to talk to them. We recorded audio with Lee for about four hours, discussing his childhood, growing up and how he overcame his fear of fitting in.

Although eventually it’s very small snippets from the original interviews that make the cut for the final narrative voiceover, the films are still very much shaped by our earlier conversations, and Lee remembering things he’d forgotten - and also reiterating moments that are really important to him. For example, Lee has a powerful memory of kids at school saying, “How can you fight if you can’t see?” – and this became a great motivator in his life.

LBB> It’s a really powerful story - how has immersing yourselves in it affected you personally?

Carl> It’s been an amazing and humbling process to work with someone so inspiring and hard-working. Ben and Simon weren’t bad to work with either.

LBB> From a directorial point of view, how was the process of directing a person with impaired vision?

Simon & Ben> Lee was an amazing person to direct. He has spent a lot of his 28 years coming up with ways to overcome the limitations imposed on him by his visual impairment. By getting into mixed martial arts and meeting new people, getting out of the house and trying to master his fear, he has become a confident man. You would think that being surrounded by 20 members of crew or more in an unknown environment would be a huge challenge for someone with Lee’s condition, but he thrived on the experience. He lives by the mantra that he’ll try anything because he has realised that by getting out of his comfort zone, he can change his life.

By getting to know Lee before the shoot days, we knew what he was comfortable with. We’d make sure to speak one-on-one with Lee before each scene so he was clear what was needed. We like the one-to-one nature of working with subjects, and I think that way of working suited Lee, but it’s the way we like to work most of the time.

Simon & Ben> The hardest thing was striking the right balance between showing Lee’s vulnerabilities and showing his prowess as a fighter. These two things appear at odds with each other but that’s what makes his story such an interesting one.

Lee has worked hard his whole life to overcome the constraints of having a visual impairment, so it was really important to us that we didn't dwell on his vulnerabilities too much in the films, or make people feel sorry for him – because that is definitely not something Lee is looking for.

I suppose another challenge was trying to look professional whilst sticking tin foil and clingfilm to such beautiful lenses.

Simon & Ben> Lee cares deeply about the misconceptions around blindness and felt these films were an opportunity to help educate people a little bit about what visual impairment really is. Often we’ll see a person walking down the street with a cane or a guide dog, and assume that they cannot see much at all, if anything. As Lee points out, its better to understand visual impairment as a spectrum – and the majority of people walking with canes or guide dogs may have more sight than just black blind. That’s not to say that Lee wants us to assume people don’t need help; more that we should know that people like Lee are capable of a lot more than we often think is possible.

Lee also wanted to be an inspiration – he tells us that three years ago he was overweight and afraid of stepping outside. It took a lot of courage and pain to get to a place where he is confident enough to get on a bus, let alone step into a cage and face another fighter! Mixed martial arts isn't for everyone of course, but there is always something out there which can help us overcome our fears we think, and it helps if it is something we are truly passionate about.