CHI&Partners' New Argos Spot Will Blow You Away 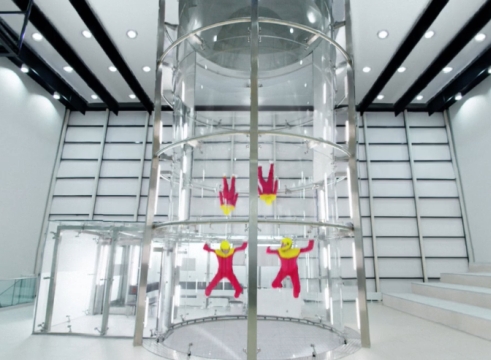 ‘Windtunnel’, is the third ad in the brand’s new ‘Get Set Go Argos’ campaign. It shows four brightly dressed skydivers enter a wind tunnel to perform a mesmerising routine, picking up green packages as they go. The ad, created by CHI & Partners, launches on Saturday 1st November and demonstrates how by reserving online at Argos first, you can get instant pick up in store.

The ad is set to a Trentemøller Remix of Robyn’s ‘Konichiwa Bitches’. The latest ad was created by Ben Stump and Simon Findlater, and directed by Tim and Joe through Friend London.