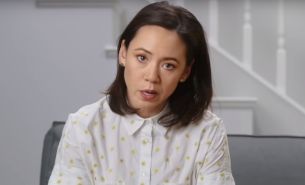 Chime, the leader in US Challenger banking announced today the company's first National Ad Campaign: “Early Payday”. The new campaign comes at a time of remarkable growth for the company and will help Chime reach even more customers and help millions of Americans take control of their financial lives, avoid bank fees and save money automatically.

Developed in partnership with ad agency barrettSF and shot by Doug Cox of the Cabinet, the two spots entitled “Early Payday - Just Got Paid" and “Early Payday - I'd Be Crazy to Go Back” feature people calling out Chime’s “Get Paid Early” feature and no hidden bank fees. In one, a sales guy gets an awkward helping hand in pointing out the benefits of Chime. In the other, a young woman reflects on her not-so-distant banking life before she switched to Chime.

The spots will air on broadcast TV, digital, and social.

“Chime has built a brand that is loved by its members and has grown to 1.7 Million bank accounts largely through word-of-mouth and referrals,” said Chime CEO, Chris Britt. “We are excited to launch our first national ad campaign, amplify our message and inspire more people to make the switch from traditional fee-driven banks.”

Unlike traditional banks that charged consumers over $34 billion in fees in 2017, Chime is transforming the consumer banking experience with a new mobile-first approach to banking that does not rely on fees and helps members get into a better place financially. Chime Members have access to a full-featured FDIC-insured checking and savings account, an award-winning mobile app and a Chime Visa Debit Card that can be used surcharge-free at a network of over 40,000 ATM locations across the US.