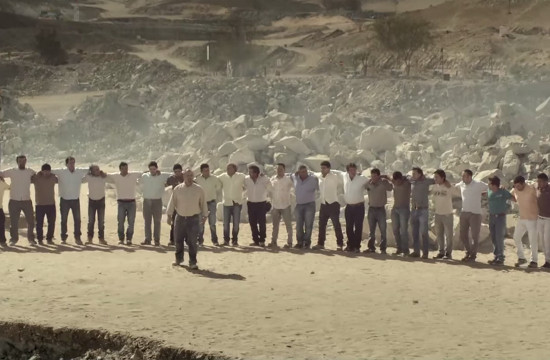 The Chilean football team has been pitted in the dreaded 'Group of Death' at this year's World Cup - alongside Spain, Holland and Australia. Luckily for the Chile players, though, they're being spurred on by arguably the most courageous fans out there.

In this moving ad for Banco de Chile, the Chilean miners who survived 69 days underground after a major mining accident in 2010 left them trapped, give a rallying cry for their national players to succeed in Brazil. We see the men arm-in-arm behind Mario Sepulveda, who became known as 'Super Mario' during the harrowing ordeal, as he shouts: "We don't fear the Group of Death. We don't care about death. We defeated death before!"

Click the captions tab in the video's bottom toolbar to bring up English subtitles.