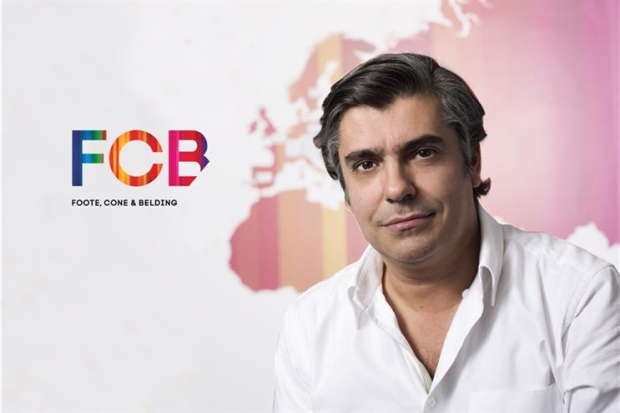 Each year the Lisbon Awards Group, which organises the Festival, selects a personality to reward for their years of positive impact on the advertising industry.

“This year, the choice was unanimous,” said a Lisbon Ad Festival spokesperson, “After three years in the panel of executive judges (which, among us, earned him the title of "honorary executive judge") we considered it was time to reward and honour the career of Luís Silva Dias, who contributed so much to the advertising market but also to raising the reputation of Portugal, which nowadays competes in the major international markets. In such a competitive market, where Portugal is still ‘small’, Luís's work, perseverance and resilience are some of the reasons why we decided to honour him.”

Silva Dias joined FCB in 2000 and was named creative director of FCB Portugal from 2002, moving on to serve as the agency’s president and chief executive from 2005. He was appointed chief creative officer of FCB International in 2014 before taking up the mantle of chief executive of FCB International in August 2018. His significant creative contributions to the industry have also seen him awarded by D&AD, The One Show, CLIO, Cresta, Art Directors Club, LIA and at Cannes.

Luis quote: “This was a very nice, very touching and very exciting surprise – and hopefully, considering the nature of these awards, a very premature one. And it leaves me with very little more to say than to try and express a huge sense of gratitude. My deepest ‘thank you’ to the LIAF, to the jury and above all, to those which, at some point, allowed me to be part of their own careers, allowing me to constantly learn from some of the best, most talented creative minds in our necessarily collaborative and collegial industry.”