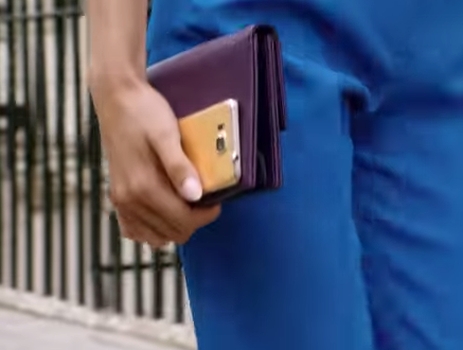 With more and more smartphones and technology gadgets rolling out, consumers are increasingly faced with the challenge of cluttered communications – most of which, are based on specs, features, and performance of new devices.

Samsung, known for its best-in-class smartphone devices, has partnered with Cheil Worldwide again, but this time, to create a new kind of the optimal convergence of style and cutting-edge technology. Cheil brought this to life by focusing on a new philosophy in Samsung Galaxy Alpha with a stunning new look featuring sophisticated design techniques and compact construction.

The Samsung Galaxy Alpha campaign video was created with a focused concept from the start – “we wanted to create something new, something that isn’t ‘Samsung’ as you know it. For this, we wanted to turn our video into a graphical piece of art that every Alpha person would relate to,” says Wain Choi, Global ECD at Cheil Worldwide.

Cheil partnered with director Nicolas Winding Refn, who leads a worldwide cult-following for his graphical yet powerful visual imagery that seems to be aligned with the Alpha target lifestyle. Refn directed hit movies such as “Drive,” where he won Best Director at the 2011 Cannes Film Festival, as well as “Valhalla Rising,” and “Only God Forgives.”

The 50-second video focuses on Alpha people, who represent trendy and confident young professionals who take pride in what they choose to do in life, and know how to do it best. The video follows three types of such Alpha people, a stylist, a DJ, and a designer who goes about their daily lives while having the Galaxy Alpha as part of their daily routine. Unlike previous commercials, there is no showcasing of use-cases or any features, but primarily focuses on the phone’s elegant design, especially on its stunning metal frame and slim, light weight design and its variety of colors.

The video launched on Samsung Mobile’s official YouTube page on Aug 13, 2014, and has earned more than 4 million views in two weeks.