An exhibition for the UNHCR that combines good will, technology and real story 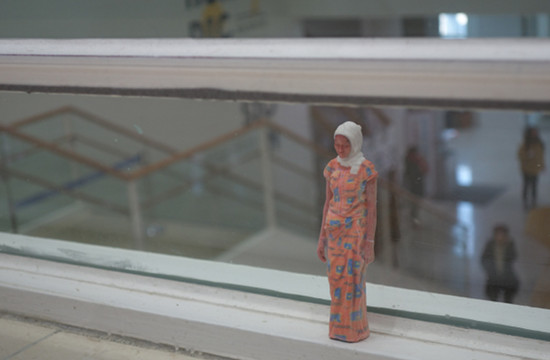 Cheil Worldwide teamed up with the UNHCR (United Nations High Commissioner for Refugees) and Seoul Museum of Art to hold a 3D refugee figurine exhibition.

There are about 350 refugees in Korea and a growing number of people have increasingly been seeking asylum here. Despite living within the country, refugees have largely been neglected due to the widespread indifference and become ‘invisible people’. In order to address the sad reality and shed light on their lives, Cheil Worldwide organised the exhibition as a part of its corporate social responsibility activities.

Cheil staffs interviewed refugees both at home and abroad, took their photos, produced three-dimensional mini figurines based on their actual images and recorded in-depth talks with them. The results, dozens of figurines, are displayed in hidden places like windowsills and corner of shelves in the Museum. Unlike typical exhibition, visitors have to navigate the museum to look for the figurines, adding a “fun” element. Visitors who find the figurines can then scan the QR/NFC codes inserted in each figurine, to listen to the refugees’ stories.

“Although 3D printing itself is a cool technology, the reality is that we have seen too many dark sides of it, such as copyright infringement issues or weapon manufacturing. Through this exhibition, we would like people recognize 3D printing as a good-will technology. By experiencing 3D technology and touching stories, visitors would have better understanding of refugees”, said Shin Seok-jin of Cheil Worldwide.

“Having met and spoken with refugees in Korea and Niger, I was really struck by the fact that their number one wish is ‘to be heard, to be seen and to be recognized’. Not pity, not even financial support. Now I would like to ask everybody – ‘how many invisible people did you pass today?’”, added Lee Song-ha, copywriter of Cheil Worldwide.

The exhibition is held during Feb 7 – Mar 2 at the Seoul Museum of Art.