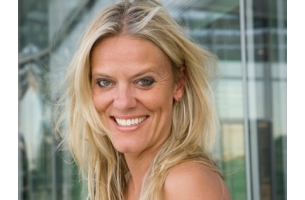 Cheil UK has announced the appointment of Catherine Davis as its new chief growth officer for UK and Europe.

Davis joins Cheil UK from Grey London where she was chief marketing officer. In her time at Grey London, Davis became known as the agency’s most successful new business and marketing director, winning an incredible 64 accounts since joining in 2009.

Prior to Grey, Davis was marketing and PR director at CHINA NOW. Her CV also includes time at RKCR/Y&R, Burkitt DDB, Leo Burnett and TBWA.

The appointment follows a raft of senior hires by the Cheil network, including the appointment of its president global chief growth officer Lotta Malm-Hallqvist, who joined in January with a remit to strengthen the agency’s world-wide position in the fast-changing global marketplace.

In her new role, Davis will be responsible for driving business growth across Europe with a specific focus on the UK market. She will report directly into Cheil UK’s COO Matt Pye.

Pye said: “Cat’s new business record at Grey speaks for itself. She’s a phenomenal appointment, and follows hot on the heels of Lotta Malm-Hallqvist as global rowth officer.  This underlines Cheil’s ambition to secure rapid growth with high-quality clients. It’s a really exciting time to be part of the Cheil network.”

Davis said: “The opportunity to join Cheil – an agency with the ambition and passion to become a force to be reckoned with locally, regionally and globally, is one that was too great to resist. It’s an incredibly exciting agency to be at right now.

“I’ve had an incredible six years at Grey. It’s been fantastic being a senior part of their turnaround story and I’m now relishing a new challenge.”