Logan will be leaving Cheil at the end of April 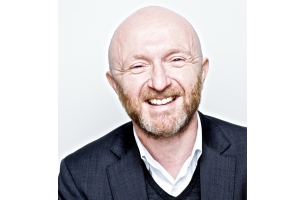 Logan Wilmont, Executive Creative Director, of Cheil UK is to leave the agency at the end of April

Wilmont has been with Cheil since its London launch four years ago, taking the agency and creative product forward significantly. During his tenure, the agency has built a reputation for non traditional creative solutions that also win awards. The agency is best known for its Cannes gold winning ‘We Are David Bailey' campaign for Samsung, its TV series ‘Launching People’ a collaboration with Sky and Samsung, and the NX Rover work, which sent a robot around the world to showcase the new Samsung NX camera.

Prior to Cheil Wilmont led creative companies on both sides of the Atlantic.

Including multinationals such as Y&R and Euro RSCG, as well as creative independents such as Naked, Kirshenbaum Bond and Partners and People, Ideas and Culture.

Wilmont said: "Cheil has changed from a 60 person studio, to a 200 person creative company in the past four years. It's been an exhilarating ride, but it's now time for someone else to continue the journey’”.

Says Cheil UK’s Vice President / Chief Operating Officer, Matt Pye: “Logan has been an integral part of the management team defining a new creative strategy, building an award winning team and supporting the next phase in Cheil’s development. We respect Logan’s decision to move on to other opportunities and we would like to thank him for his tireless efforts and wish him the very best in the future. We are now looking for his replacement."